A3! Season Spring & Summer is a new anime series airing from January 14. It follows the story of Izumi Tachibana, who was previously a stage actress aims to rebuild a theatre group Mankai Company as a new owner and director. 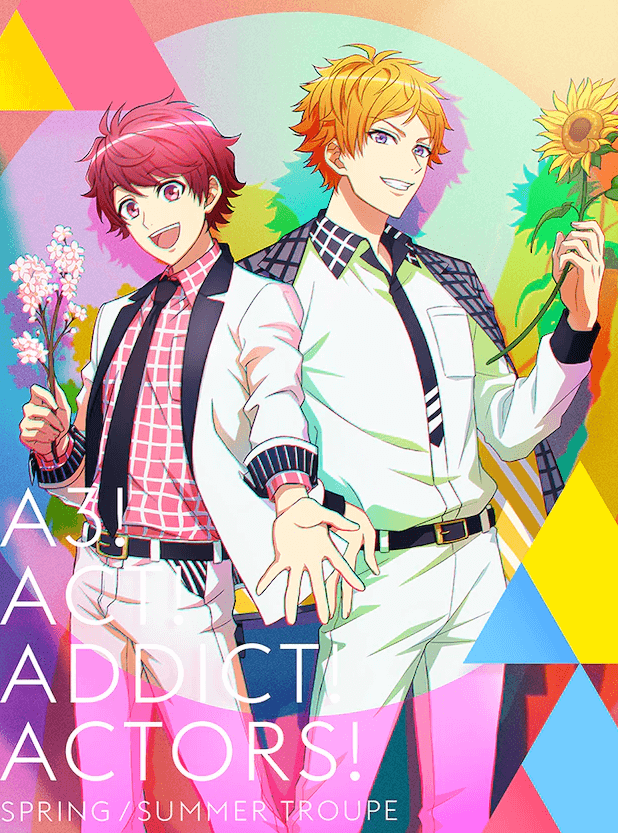 An advertisement of the anime using this visual is being presented today at the Metro Promenade at Tokyo Metro Shinjuku Station. From January 6 there will be more advertising campaigns in Sapporo, Nagoya, Osaka, and Fukuoka. Also, a special truck of this work will run in Tokyo City on Jan 7.

In addition, the cover image of the opening theme song CD “Act! Addict! Actors!” has been released. Like key visual, Sakuya and Kotenma are on the cover image. It is decided that Blu-ray/ DVD of the anime will be released on March 4.  Check the official website for details.