This chapter entitled “Five hours and one room” gave more of a conclusion between Miku and Yotsuba. Miku and Yotsuba were together looking cute and too identical with those ribbons. Cuteness point 10 on 10. So, they both were stuck due to the weather and thus decided to go to Karaoke. Miku informed older sis Ichika about this. We see that Yotsuba looked somewhat reluctant at the idea of going to karaoke with Miku at first.

Well, after all the beef between the sisters naturally Yotsuba would feel uncomfortable. And then Miku responded saying it was a joke. Her imitating Yotsuba. She confesses to her that she cannot become Yotsuba. Then their karaoke session begins. Both being quintuplets chose the same song. Again, they both had some misunderstandings in between. 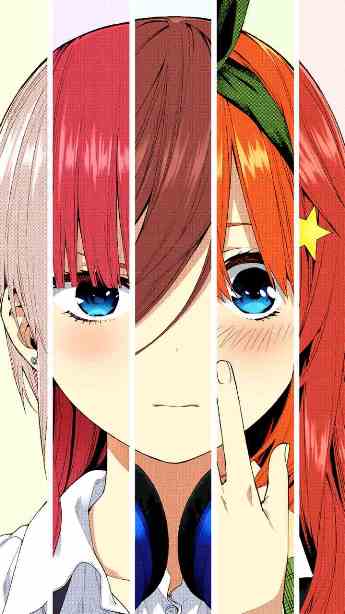 As the night proceeded we see Miku opening herself more to Yotsuba. She finally admitted that she was quite angry at her. Since Yotsuba didn’t respond honestly to Fuutarou’s confession. She asked her to accept her feelings and their feelings. All the anger that she had and all her sisters had was due to their sincere feelings. She wanted Yotsuba to understand them and accept them.

Yotsuba spoke about the previous incident which led to their suspension. Yotsuba still was regretting the past. Miku being the perceptive one understood Yotsuba. But this was a battle that Yotsuba had to fight on her own. We see Miku, in the end, throwing the ribbon down the river after their session. This signifies that Miku had understood “ Everyone is unique on their own “. But, she still has not given up on Fuutarou. Now, what about the other sisters? In the upcoming chapters, all the misunderstandings would be sorted mostly. And we are looking forward to the final. The awaited marriage between Nakano and Uesugi. Will it really be Yotsuba? 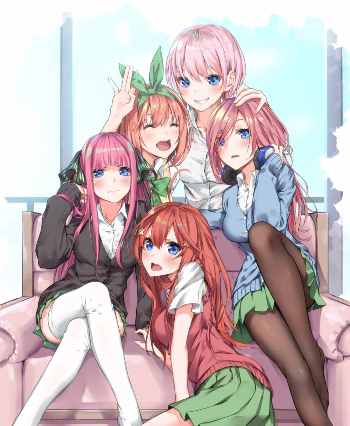 Stay tuned and find out the rest in the next chapters of this final volume. Till then keep flooding the comments section with your theories. We will be seeing chapter 117 mostly on 15th January.

[official update] Cogeco internet down (not working) for many users : Cogeco Outage

[official update] Cogeco internet down (not working) for many users : Cogeco Outage