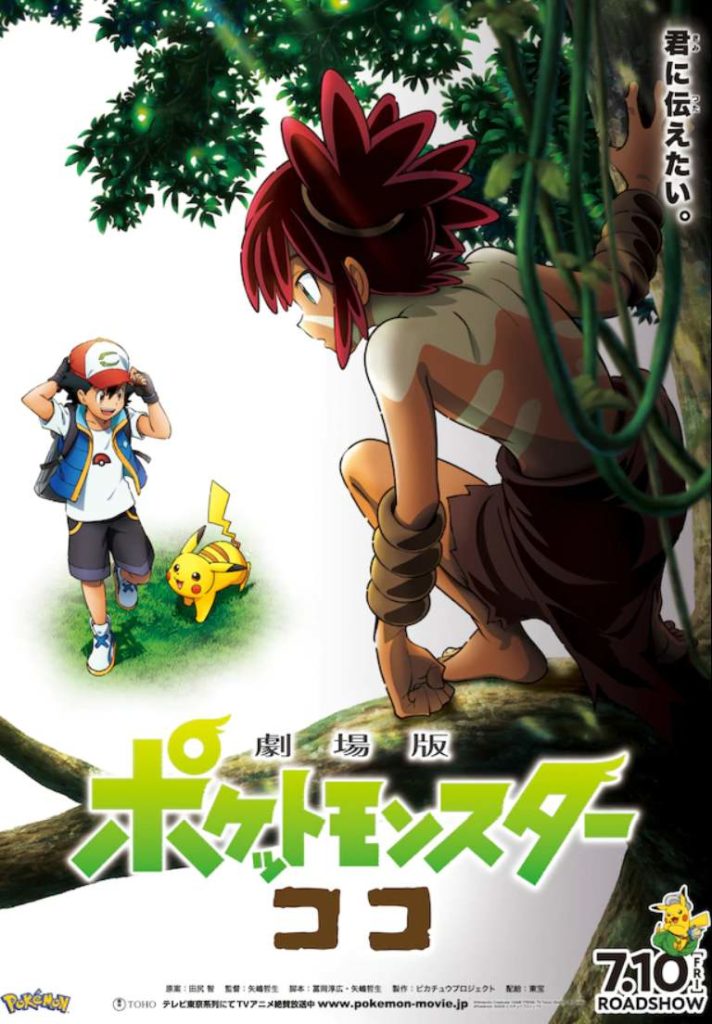 The visual depicts an unknown female character looking at Satoshi and Pikachu as they enter into the jungle from the top of a tree.

Here is a teaser trailer for the movie:

The trailer highlights the girl leaping and jumping on the trees, making Satoshi and Pikachu worry by her unknown and mysterious aura. A baby was also shown in the trailer.

Tetsuo Yajima from Pokemon the Movie: The Power of US film is co-writing the script with the Pokemon series writer. The film is the first all-new anime film in two years since live-action film Detective Pikachu and Mewtwo Strikes Back Evolution ( CGI remake of 1998 movie with the same name).