Konami is going to announce a new update for the efootball PES 2020 this week. The new update will roll out later this week and will roll out the new Data Pack 4.0. And as always, the Data Pack update in PES 2020 will bring the new player faces, kits, boots, and other content along with several improvements.

The official Twitter handle of eFootball PES 2020 has already showcased the player faces, that will be getting an update. For now, Konami has teased a total of 15 new players on social media account. Here, we have mentioned the names included in the list.

Konami is planning to release the upgraded version of the player faces with its upcoming update which will bring a new Data Pack 4.0 package.

Can't wait? Well, how about some new player faces in the meantime…
#eFootballPES2020 pic.twitter.com/p4XZ4XBYo7

Would you believe us if we told you that there were still some Data Pack 4.0 player faces you haven't seen yet?

Well, with over 50 new faces, we've still got a few to spare 😉
#eFootballPES2020 pic.twitter.com/s8epMKkibA

Konami showcased just 15 new player faces on the Twitter account. Well, other than new player faces, the new data packs bring a lot of other changes to the PES 2020 like the new boot models, new ball designs, new manager portrait and a lot more. 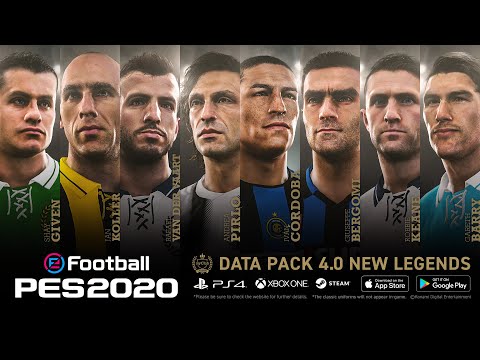 We have mentioned the details below, you can check it out for more details.

The new list of boots features 5 Nike boots, 4 Adidas, 2 Puma, 2 Umbro, and 2 New Balance boots. All these new boots are now available with the new update in PES 2020.

You can check out the images of some features boots. 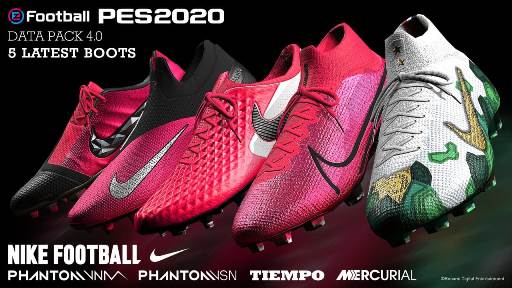 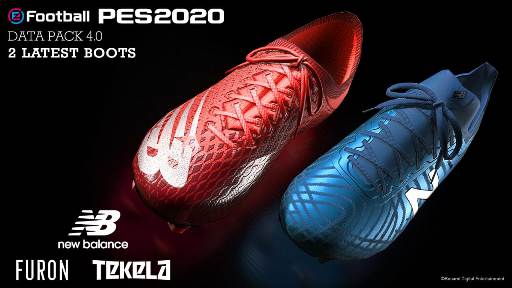