When it comes to mid-range segment phones, Xiaomi is one of the leading sellers in India. The reason for that is Xiaomi phones offer great features & camera setup at a decent price. Xiaomi launched Redmi K20 phone in May 2019, and it features a 6.39 inches Super AMOLED capacitive screen with a resolution 1080 x 2340 pixels. It has a screen density of 409 PPI & is equipped with Gorilla Glass 5.

Xiaomi Redmi K20  is powered by Qualcomm SDM730 Snapdragon 730 (8 nm) processor. The phone comes with Adreno 618 & can run heavy games at medium settings. Redmi K20 was launched with Android 9 Pie and since then users are waiting for the next version of the Android i.e. Android 10. 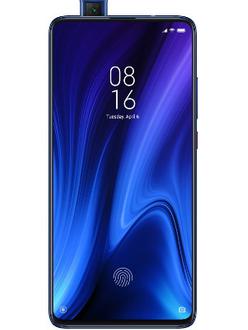 Well, if you own a Redmi K20 and waiting for the Android 10 update then here is some good news for you. Redmi k20 starts getting an Android 10 update based on MIUI 11. some users on mi community has shared the screenshot of the update, as you can in the image below, the system is updated to Android 10.

The December security patch update for Redmi K20 is also combined in this update. The size of this update is 2.2GB. Well, In order to ensure the stability of this OTA, it will have a staged rollout. The OTA will be randomly pushed out to a limited number of users and will have a broader rollout in a few days after making sure there are no critical bugs. If no critical bugs are found, the full rollout will be completed in the upcoming days.

Have you received the Android 10 update on your Redmi K20? Do let us know in the comments section below.