The Chinese OEM Vivo launched Vivo V17 Pro a few months ago. The smartphone is feature-packed and offers maximum specs to price ratio. Initially, the smartphone was launched with Android 9 Pie, after that it received a few bug fixes and security updates, but the smartphone hasn’t got any major OS update.

Many Vivo V17 Pro users are wondering when Android 10 update will hit their device. Some users tweet every day asking @Vivo_India about the Android 10 on Vivo V17 Pro. 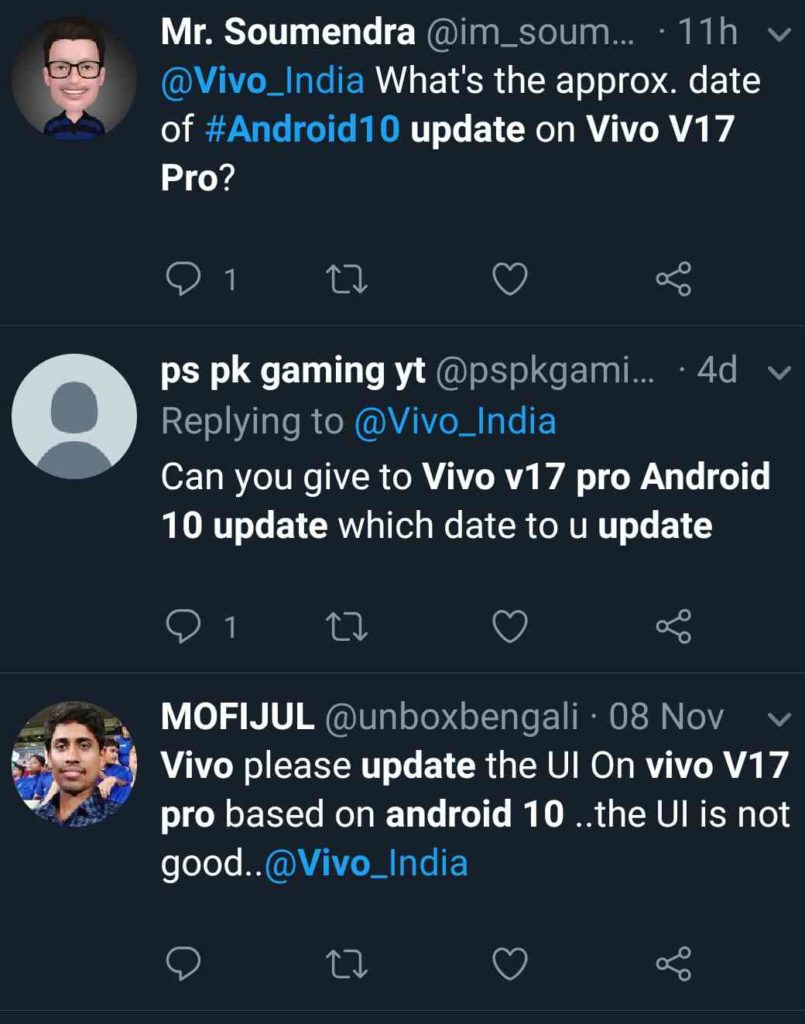 If you own a Vivo V17 Pro and wondering when will Android 10 update arrive on Vivo V17 Pro. Well, we don’t want to upset you, but currently, there is no official date when the next version of Android will hit your device.

Vivo India on twitter keeps replying to the concerns of the users about Vivo V17 Pro Android 10 update, saying, when any update will arrive you will get the notification on your phone. You can check out the tweet below: 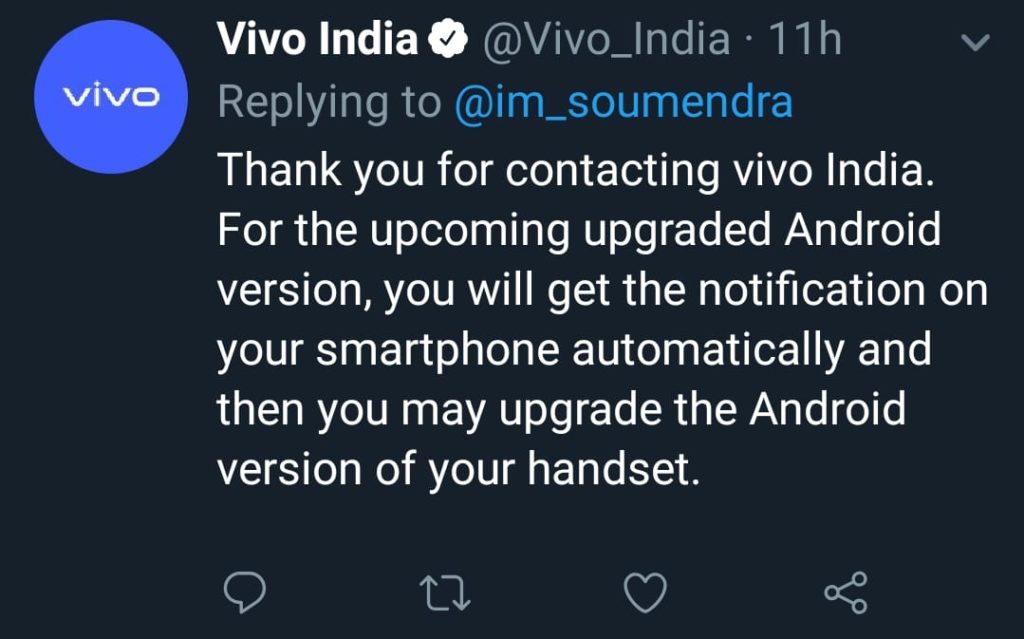 But, Vivo V17 Pro was launched with Android 9, So it should at least receive one major OS update i.e. Android 10. we’re keeping a close eye on all related developments, and will update the story with relevant info as and when we come across any.

We suggest you look for the Android 10 update for Vivo V17 Pro on the official Vivo site –here.

Vivo V17 Pro is equipped with a 6.44 inch Super AMOLED display with a resolution of 1080 x 2400 pixels. The smartphone runs on Android 9.0 (Pie) with the Funtouch 9.1 skin on top. Under the hood, the smartphone is powered by the Qualcomm Snapdragon 675 processor coupled with 8 GB of RAM and 128 GB of internal storage.

In the camera department, Vivo V17 Pro features quad rear cameras with a 48 MP primary sensor, 8MP secondary sensor (ultrawide) and a 13MP telephoto sensor, and a 2MP sensor. On the front, for selfies, the smartphone is housed with dual cameras with a 32 Mp camera main sensor and a 8MP ultrawide sensor (pop up). 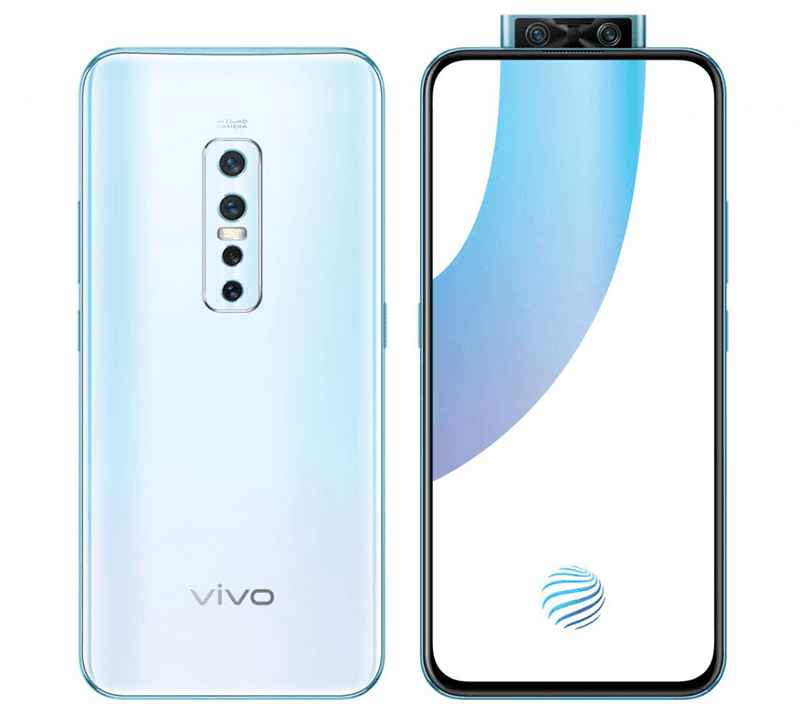 The smartphone is fueled by a 4100 mAh battery with support for 18W fast charging. The smartphone comes with all major sensor and features USB Type-C 1.0 reversible connector. Vivo V17 Pro also features an in-display fingerprint sensor.

Note: We will update the post when any news about the Vivo V17 Pro Android 10 update arrives, So stay tuned. Also, share this story on Twitter, tagging Vivo India, so they may listen to the users as soon as possible.

IMVU down & not working : PC client having a connection issues for many users