As we all know, Adopt Me is a game which revolves around adopting of pets and taking good care of them. It is a huge multiplayer game which was released back in July 2017. Pets are the major part of this whole concept of Adopt Me. Now, a question arises that how does a player gets his pets?

Answer to this question is Eggs. Eggs play a major role in occupying pets in Adopt Me. In this game, majority of the pets are adopted from eggs only. Everybody like pets. The eggs in Adopt Me needs to be pampered and cared like our own child. So, were Eggs available from starting of the game? No, they were not. The eggs were seen for the first time in 2019. The update of June, 2019 came up with the eggs in Adopt me. Sometimes, players of Adopt Me wonders that what was the first Egg in the whole game which has now nearly 1450 Permanent Eggs? Here is everything you need to know about the first egg.

What was the First Egg in Adopt Me?

The first Egg which came along the very first update for the pets (summer update) was ‘Blue Egg’. It appeared as a normal egg which was painted just blue. The Blue Egg was then, sold for 100 bucks (Adopt Me currency). This egg included one of the uncommon class, ‘Blue Dog’. This Egg is 100% uncommon egg as of now. If one wants to have this egg, he / she has to trade it with someone. There was another egg which came alone the ‘Blue Egg’. It was ‘Pink Egg’ which included Pink Cat in it. 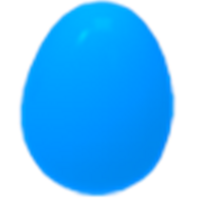 There is not any sign given by Adopt Me that this egg is going to come any sooner in the upcoming updates. But we hope for the best. You can Check out All the Pets of Adopt Me by heading here .

Hole io unblocked : What is it & where to play online ?

Hole io unblocked : What is it & where to play online ?