As the hype of Act III is building up, multiple gameplay videos are being teased by Riot through different employees of its own firm on social media. As we know a new map ice-themed map is releasing, alongside a new agent will also be appearing which is named ‘SKYE’. It is a mixture of a duelist and a sentinel in terms of its abilities. 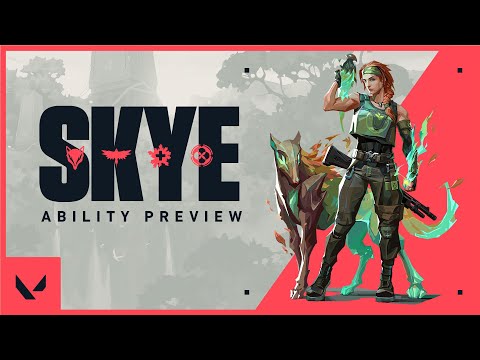 Today we are going to discuss all its abilities in detail:- 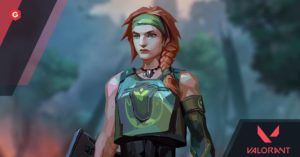 The first ability is guiding light which is the signature ability of this character. This ability is a bird which you can redirect like ‘Jett’s‘ Cloud burst and flash your opponents. It will cost a 100 credits but you will get 1 by default at the starting of each round. You can carry a total number of three guiding lights each round(1 free + 2 purchased) which is quite similar to ‘Brimtone’s‘ Sky smokes. It can flash you and your teammates so be careful while using it. The key element of this ability is that you get to know when you flash an enemy or not, which is said to be a great information play in any given mid-round.

This ability works the same as ‘Sova’s‘ owl drone and lasts about 6 seconds which is shorter than the drone. It also has left-click ability which is the leap which damages the enemy for 30 HP and stuns them and reduces the fire rate for a while like ‘Breach’s’ stun. The ability looks like a fox while approaching the enemy but it is stated as a Tasmanian tiger trinket in its description. It can be destroyed by the enemy as it does not have too much health and can be reconned by any of the ‘Cypher’ or ‘Sova‘ abilities. It costs 200 credits and you can buy 1 per round. But it cannot be spotted by any of ‘Killjoy‘ and ‘Raze‘ abilities.

The final normal ability of ‘Skye‘ is known as the Regrowth ability which is the healing trinket which channels and heals within range and line of sight. It can be reused until her healing pool is depleted. It does not heal the agent herself. It costs 200 credits.

Lastly, the ultimate ability of this agent is ‘ Seekers’ which releases 3 puppy-like ult things which chase down the enemies near sight. It doesn’t affect the fire rate and lasts 4 seconds. it can be destroyed and it can also climb up walls which is said to be a glitch for now.