Starting from the list of sleek and stylish ultrabooks to the end of high-end gaming devices, Taiwan based tech giant Asus has got you everything to offer. Asus is known to manufacture some premium ultrabooks and gaming laptops. Well, when it comes to smartphones Asus is prominently known for its Zenfone lineup. However, recently Asus changed the world of mobile gaming with the launch of its gaming flagship series, namely the Asus ROG Phone lineup. ROG aka Republic of Gamers is a sub-brand of Asus which solely focuses on amazing gaming devices. The Asus ROG Phone 2 is the latest installment to the Asus ROG Phone series. The device was launched back in September 2019.

ROG Phone 2 users are waiting for Android 10 to hit their devices. Some of them took to twitter asking about the possible dates for the Android 10 update. Here is what some users wrote on Twitter: 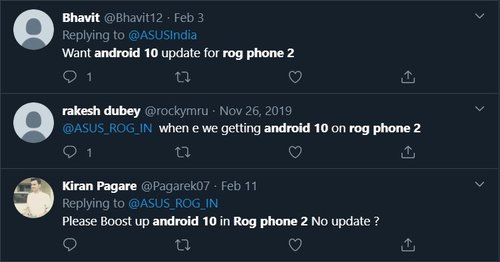 The ROG Phone 2 boasts a beautiful 6.59 inch AMOLED screen with a resolution of 1080 x 2340 pixels. The device is powered by the extremely powerful Qualcomm SM8150 Snapdragon 855+ chipset. It has several variants with up to a huge 12 GB of RAM and up to a whopping 1 TB of storage. The smartphone runs on Android 9 Pie with ROG UI on top. 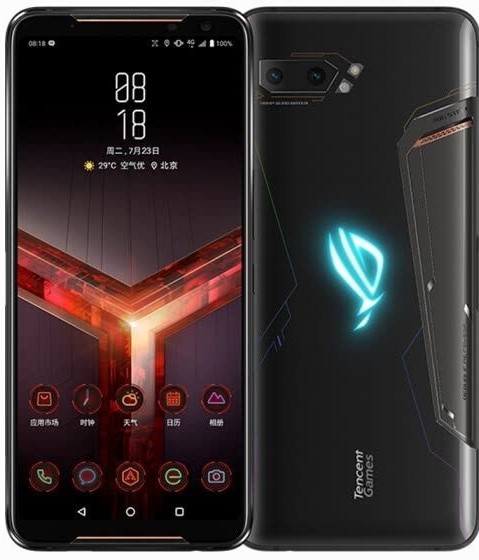 The device is powered by a mammoth 6000 mAh battery with support for 30W Fast Charging. That’s insanely a massive battery, isn’t it? Talking about the camera, the device features a triple camera setup at the back with a 48 MP sensor as the primary camera and a 13 MP sensor for capturing some awesome ultrawide shots. On the front, the device has got a 24 MP camera for capturing selfies.
Asus ROG Phone 2 specifications :

While users have been going crazy for the launch of the new ROG Phone 3, they have also been waiting for the Android 10 Update. They have indeed been waiting for quite a long time and there are no hints about the Android 10 update for the ROG Phone 2. Disappointed users took to Twitter to ask when they would be finally getting the Update. Asus replied to the users and here is what Asus’s official statement was:

In a recent Twitter comment, Asus stated that they have been working on the Android 10 Update for the ROG Phone 2. But they didn’t make anything clear as of when the update would start rolling out and rather asked to stay in touch with them for the latest updates. Have a look: 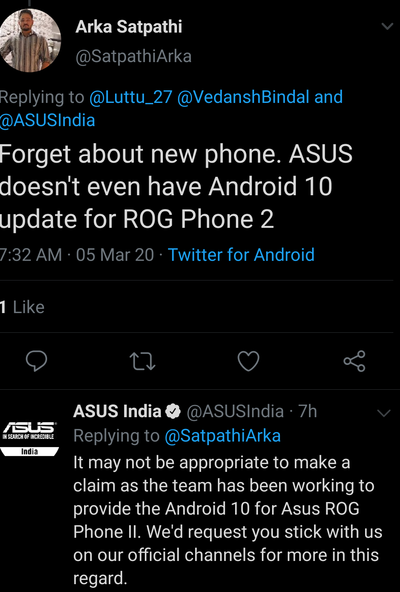 Unfortunately, users have to wait a bit more to get the Android 10 update. As of now, we cannot say anything about when the updates may begin to rollout.

Stay tuned for more updates on further developments on the Asus ROG Phone 2 Android Q update. Share this article to all those who have been waiting for the update.