UNCHARTED Legacy of Thieves Collection FPS drop Issue: How to fix it?

It has been a day since the Uncharted Legacy of Thieves collection dropped on PC and sadly the experience hasn’t been well for those who were eagerly waiting for it. Many reported that they’re frequently getting FPS drops in several areas of the game and looking for a fix. If you’re the same and fed up with this, our article will help you fix it and get it in a playable state. Continue reading the article to know about the Uncharted Legacy of Thieves Collection and how to fix the FPS drop issues. 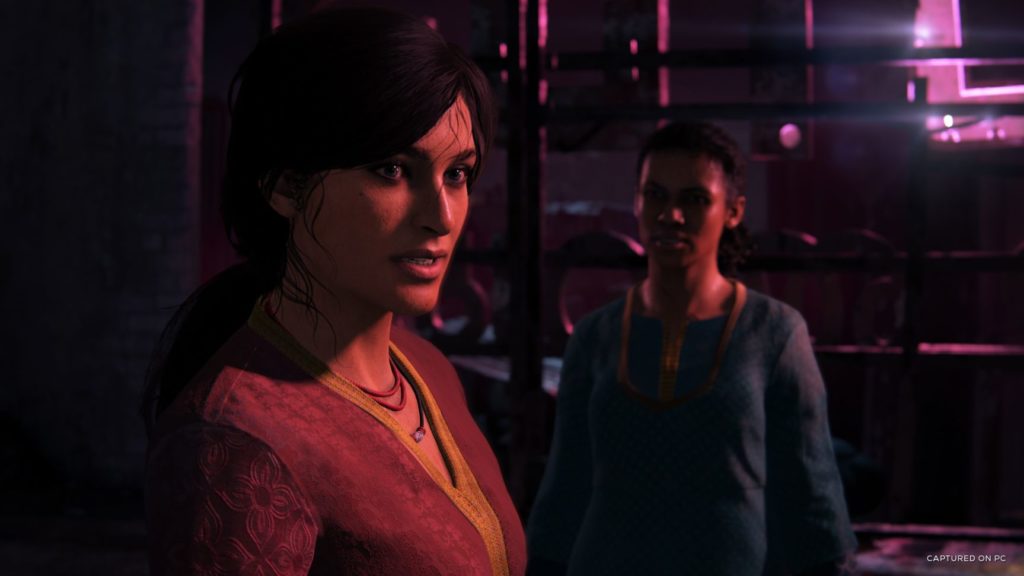 If you want the thrill of classic Indiana Jones movies in the form of games, Uncharted is the game that’ll offer you plenty of adventure and action. Naughty Dog’s most critically acclaimed series has been adored by fans since the PS3 era and stretches to Uncharted 4 The Thief’s End. It was originally a PS4 exclusive that many fans yearned to play on PC back in 2016.

Fast forward to six years later, ND finally announced the Legacy of Thieves collection that includes the remastered version of both Uncharted 4 and Uncharted The Lost Legacy. Each tells the story of protagonists, Nathan Drake and Chloe Frazer and their treasure-hunting adventure. The characters are well-developed and add substance to the story along with a mix of humor, and seriousness. The combat is satisfying along with great level design and fluid parkour. If you haven’t tried it or thinking of getting it, just buy it without thinking twice and you’ll have an amazing time. However, if you’re experiencing FPS drops in the game and want to fix it, we have laid out the possible cause and fixes for it. See the below section to know more.

Many players reported that they’re getting sudden FPS drops in certain sections of the game including the orphanage sequences. Some players confirmed that restarting the game fixed the FPS drops issue. Before trying any methods, make sure to check whether there is any memory leak in your system, and let the game load the shaders completely.

Many users on Steam and other online forums posted their queries on the FPS drops issue in the game and demanded a fix. The community shared a few fixes that solved most of the issues in the Uncharted Legacy of Thieves collection. Try them out and see if they work for you.

Uncharted Legacy of Thieves collection just recently dropped and the latest drivers are optimized to give it excellent performance. If you’re experiencing FPS loss, downloading and installing new drivers can fix the issue. Head to the NVIDIA or AMD website, enter your GPU model and download the latest driver. If you’re still experiencing issues, you can roll back to the older one and see if it fixes the FPS drops issue.

FPS drops and crashes are often fixed by installing the latest update of Windows and it works for the Uncharted Legacy of Thieves Collection on PC as well. Follow the steps below to install the latest updates on your PC.

1) In the start menu search, type Settings and open it.

4) After installation, restart the PC and launch the game.

Verify the Integrity of Game Files

Facing issues in Uncharted Legacy of Thieves collection like FPS drops, random crashes, and the game not launching may be due to corrupted or missing files. If you’ve bought the game from Steam, you can run a quick check by verifying the integrity of the game files. Follow the steps below to perform an integrity check in Steam.

1) Open Steam and go to the Steam Library.

2) In the library at the left side of the window, locate the Uncharted Legacy of Thieves collection, right-click on it and select “Properties”.

3) In the dialog box, select “Local Files” and click on the “Verify integrity of game files” button.

4) If the scan detects any corrupt or missing files, it’ll automatically repair them.

5) Once the scan completes, start the game and see if you’re still experiencing FPS drops and other issues.

Many players in the community reported that turning off game mode helped them fix the FPS drops and issues in the Uncharted Legacy of Thieves Collection. Follow the steps below to turn off game mode.

1) In the start menu, go to Settings and click on “Gaming”.

2) Select “Game Mode” and there you can toggle it on or off.

3) Run the game and see if the issues are fixed or not.

Run the game as Administrator

If you’ve bought the game and you’re unable to get playable framerates, it’s because it’s unable to use additional permissions on your system. Running Uncharted Legacy of Thieves Collection in Administrator mode can solve it. All you have to do is right-click on the game’s.exe file and select “Run as Administrator”. Play it for a few minutes and see if the problem is no more on your end or not.

Changing the priority of the game can let the PC provide more resources and hence more FPS, and reduce stutters and other issues. This should work for this game as well and is something worth trying. Follow the steps below to change the priority.

1) Press Ctrl+Alt+Delete to bring up the Task Manager.

3) Once you’ve located it, right-click on it and select “Priority” and then set it to “High”.

Being a recently released game on PC, many are experiencing issues playing Uncharted Legacy of Thieves Collection. Well, the devs are bound to release updates to fix such in-game issues. So, if you are facing fps drops or other issues in the game, check if there are pending updates. If yes, download them asap.