Are you facing Error Code Boring-Boar? Read this article to find the fix

As part of the Watch Dogs action-adventure series, Ubisoft Toronto released Watch Dogs: Legion on the 29th of October, 2020 for PC, PS4, Xbox One, and Stadia gamers, followed by the release of Xbox series X and S version on the 10th of November and the PS5 version on the 12th of November. Released in March 2021, the much-awaited multiplayer component got available for players. The multiplayer gives space to four-player cooperative gameplay, allowing players to share single-player and multiplayer modes progression. In the multiplayer mode, gamers can engage in city events, Tactical Ops, co-operative missions, and the Spiderbot Arena.

The multiplayer version of the game has reported various errors from users. Ubisoft comes with its own share of error codes, and one code that users face is Error Code Boring Boar. What is this error? How to fix this error code? Read this blog as we talk about various tricks to solve this error. 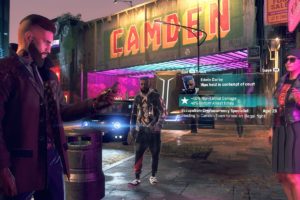 Ubisoft Error Code Boring-Boar in 2021: How To Fix It?

Through their customer care medium, Ubisoft Support has addressed the error code Boring-Bore.

According to them, Watch Dog Ubisoft error code Boring-Boar occurs when there is an issue with matchmaking. This can be due to a client-side problem or a server issue. Boring-Boar error code can be triggered due to a lack of players in the game as well.  It is a cross-platform error.

Therefore, this error is visible in PC, Xbox One, Series X and S, the Sony PS4, and the PS5. To solve this error:

Ubisoft connect failed to synchronize achievements in 2021 : How to fix it ?