Tower defence Simulator is a strategy game genre in which the goal is to defend a player’s region or belongings by obstructing enemy attackers or protecting enemies from reaching exits, usually by erecting defensive structures on or near their attack path. This means constantly constructing a variety of structures that automatically block, impede, attack, or destroy enemies. The recent Tower Defence Simulator frost update has brought various changes to the game. In this blog, we will be looking at all buffs and nerfs of the game. 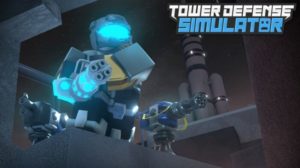 Paradoxum Games unveiled Tower Defence Simulator on the 5th of June 2019 and it was officially released on the 15th of June 2019. It usually involves players forming allies with one another to fight waves of different enemies until the map is either overrun or won.

All Buffs and Nerfs in Tower Defence Simulator

Below is a list of all the Buffs and Nerfs in the game.

These were all the buffs and nerfs under the frost update in Tower Defence Simulator.