by Ankit kumar
in Gaming, News
0

If you’re wondering why The Crew 2 is not working for you, don’t worry you are not alone. Many players are currently experiencing the same issue. Well, it’s for the reason, game servers have gone into maintenance.

Crew 2 official Twitter handle has also released an statement regarding the same which reads as follows : Our #TheCrew2 maintenance has now begun. Estimated downtime is at least 1 hour, and players will not be able to connect to the game in the meantime. 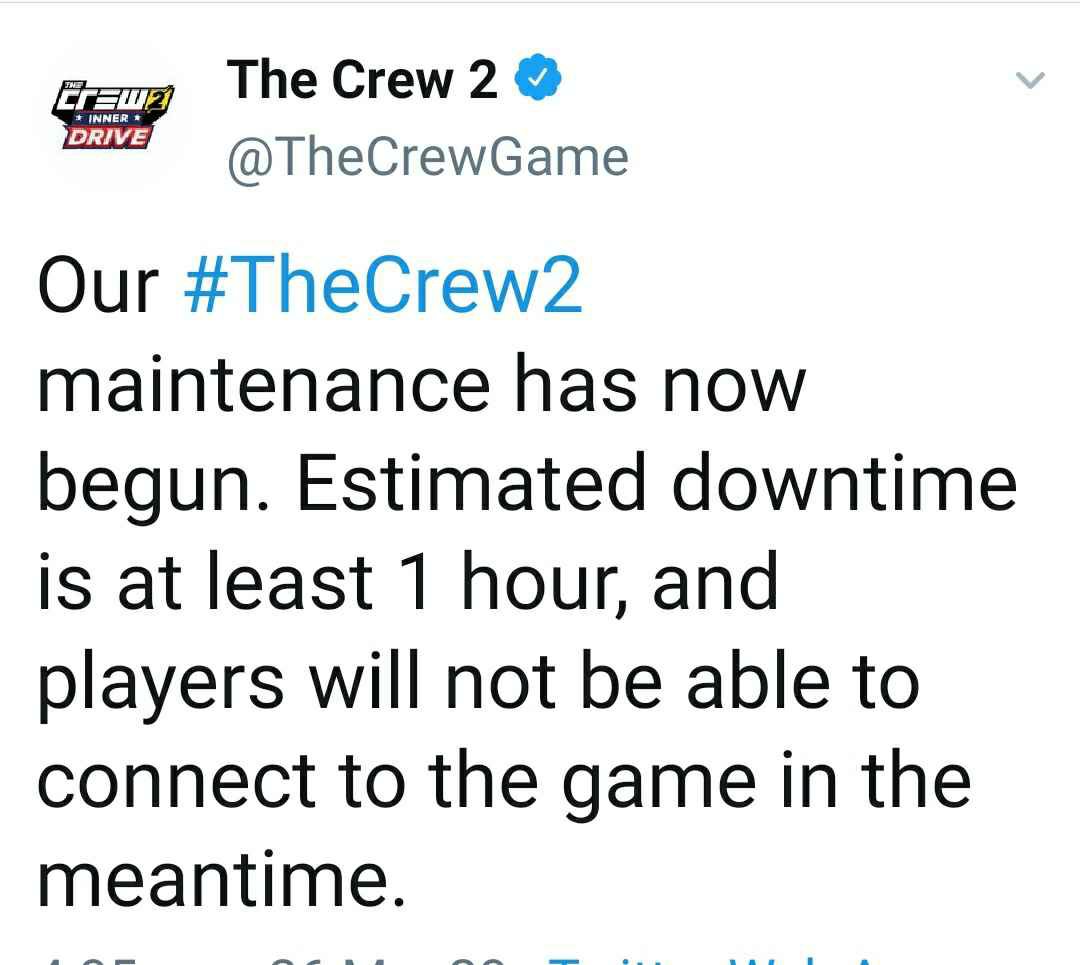