Temtem is an online multiplayer role-playing video game which is developed by Spanish development studio Crema. The game is published by Humble Bundle and was released globally in early access through Steam on January 21, 2020. The game is currently available on Steam only for PC platforms, the game will be made available on PlayStation 4, Xbox One, and Nintendo Switch later.

Recently, the Temtem developer team has rolled out a new update to the game. The update brings a new patch update and new content for the players. With the new patch, developers have aimed to push several bug-fixes and improvements to the game too.

Recently a patch update 0.5.11 has gone live for Temtem. With the new update, developers aim to bring several bug-fixes and improvements to the game.

For finer details, you can check out the patch notes for the update below. These are the official patch notes posted by the developers. 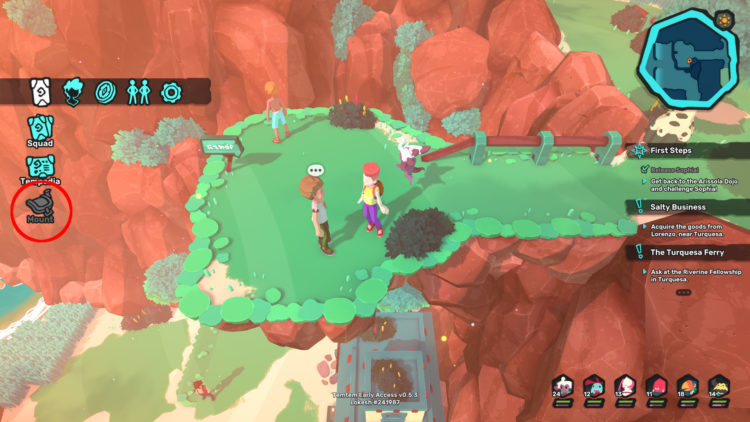 The Saipark opens its doors.

– The Salpark is a new end-game area and the first natural reserve in the whole Archipelago
– Each week, the Spark will hold two different species of Temtem. These species will present special features like
having more chances of being Luma, presenting egg moves or even having improved SVs.
– Regular Temcards won’t work inside the premises of the Salpark. Instead, players will need to buy a special
Tercard type called Saicards. Saicards only work inside the premises of the Saipark and they will expire at the end
of the week.
– In order to be able to get Salcards, players will need to pay an initial fee to enter the park and get a pack of Saicards Players will also be able to buy more Salcards during the week, but the fee will be more and more expensive each time.
– Currently, the configuration for the week is not displayed inside the game. While we work on a screen that will
showcase that info, we will be posting the info on our social networks.

– The Vault can be accessed from each big Temporium and it will serve as additional storage for items.
– Items put in the Vault will be kept between resets (but if you want to reset while having anything in the Vault you’ll need to wait 10 days since your previous reset, similar situation as it already happens with trading).
– Items redeemed through Promo codes will be put directly in the player’s vault, and they will automatically be stored there between resets too.

– Stat stage modifiers have been reworked to speed up the animations. Instead of having an animation per stat change, all stat changes for a Temtem are now unified in the same animation.
– The Pick Ban screen now maintains the proper color based on which player is the first (blue) and which one is the second (orange). Previous to this change, every player would see themselves with the color of the first player.
– The Competitive battle screen now displays the speed arrow holder
– The Battle screen will now display separately the Temcards for each player while they are on a co-op party

– Reduced overall Luma rate from 1/6000 to 1/8000.
– Reduced the overall selling price of items from 70% to 50% of their value. Sellable-only items are not affected by this change silicons, crystals, and sea salts).
– Telomere Hacks will now reduce the affected Temtem fertility by 10 the Temtem doesn’t have any fertility left, the SV addition will be applied anyway and the fertility reduction will be ignored).
– Swapped some of the tint items that could be found as pickables for other more useful items during the campaign.

– Fixed (hopefully character reset not properly working and leaving players with an empty character and getting stuck in some interactions (getting a starter, going into a battle.).
– Fixed incorrect camera angle after knocking out a Temtem with Haito Uchi.
– Fixed Incorrect behavior when releasing a Temtem and capturing a new one in the same turn.
– Fixed getting stuck behind some NPCS.