According to many of the leaks that have surfaced, the next upcoming fighter in Super Smash Bros Ultimate could be from Nintendo’s ARMS.

ARMS is Nintendo’s quirky fighting game released on the Switch three years ago. Recently many rumours have gathered fan attention, claiming that the next addition to the Smash Bros fighter roster will be an ARMS fighter. 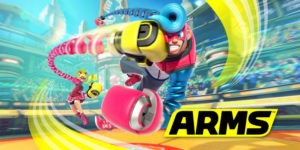 Many leaks have been reported which confirm the same. The leaks come from a trusted source by the name Vergeben. The leaker has gained credibility over the years by giving out accurate information about past DLCs of Super Smash Bros Ultimate. Lately Vergeben has been silent up untill now when he confirmed the addition of ARMS fighter and a possible future DLC.

A fellow leaker by the name Sabi has also added to the details from Vergeben. Sabi posted his gathered information on his discord channel. The leaks from Sabi are similar to that of Vergeben, thus this further solidifies the integrity of the leak. 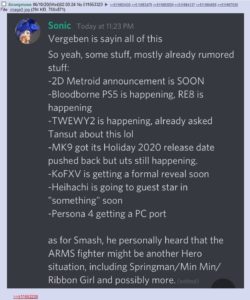 Speaking of the leaked information itself, the upcoming ARMS fighter will be similar to Bowser Jr. and Hero. According to Vergeben, the ARMS fighter will consist of Spring Man, Ribbon Girl and Min Min. There may be others too but at the moment the leaker is unsure and says he needs to look more into it.

Another speculation is that the upcoming ARMS fighter is Twintelle. The reason behind this is that she is a fan favourite character and canonically among the very few black characters Nintendo has. Thus this gives the possibility of her addition some importance. 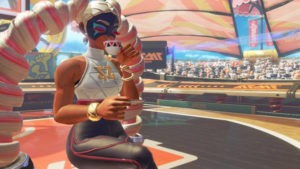 These rumours aren’t new as they were spotted on 4chan earlier. However, coming from Vergeben and Sabi adds some credibility to them. This is a good news for fans of the ARMS game who were wishing for more ARMS fighter in Super Smash Bros Ultimate.

The release date hasn’t been sighted anywhere but prediction states that the reveal will be sometime in June 2020. According to rumours, Super Smash Bros Ultimate may celebrate ARMS 3 year anniversary by revealing the information on 16th June, 2020.