Stardew valley PS4 multiplayer not working: Here’s how to fix it?

Eric ConcernedApe Barone created Stardew Valley, a simulation role-playing video game. It was released in February 2016 for Microsoft Windows, followed by macOS, Linux, PlayStation 4, Xbox One, Nintendo Switch, PlayStation Vita, iOS, and Android. The game is open-ended and allows the players to undertake several tasks. Although this game has become famous all over the world, it is enclosed with several errors. One of the errors is the PS4 multiplayer not working error. If you are facing the same error and want to fix it, we have it all covered in this blog! 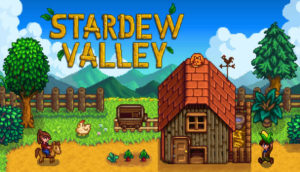 Players assume the part of a character who inherits their deceased grandfather’s dilapidated farm in Stardew Valley. The game is open-ended, allowing players to do things like grow crops, raise livestock, craft products, mine for ores, sell produce, and socialize with the townspeople, including marrying and having children.

It also allows up to three other players to play online with you. Completing several bundles unlocks new areas and game mechanics, such as the desert. Both of these actions must be balanced against the character’s current state of health and fatigue, as well as the game’s internal clock.

What is the ‘multiplayer not working’ error in Stardew Valley on PS4?

As we said earlier, this game contains many bugs and glitches, some are from the user’s end, and some from the servers of the game. ‘Multiplayer not Working’ is one such glitch that has frustrated the players.

After the recent update, the multiplayer option within the game was operating like it should while playing on PlayStation 4.

How to fix the ‘multiplayer not working’ error in Stardew Valley on PS4?

Although there are no patch updates for this particular error. However, we have some solutions which will help you fix the multiplayer not working error on your device.

Method 1 Make sure the Game is Updated

First of all, make sure that Stardew Valley is updated.

Method 2 Host must start the Game in ‘co-op’ mode

The host of the game must make sure that he has opted for ‘co-op’ mode. This can be verified by:

Method 3 Restart your Router and then the Game

A simple restart can solve many errors.