The release date for Shin Megami Tensei III: Nocturne Remaster has been revealed from the eShop. Here is everything you need to know about this upcoming game. 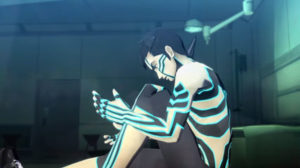 The story of SMT 3: Nocturne revolves around a high school student in modern-day Tokyo, Japan. He is transformed into the demonic demi-fiend after the whole world undergoes an apocalyptic event called “Conception”, which is an event triggered by a sinister cult to trigger the world’s rebirth in a new form. The main city Tokyo is converted into a Vortex which is filled with demons. The Demi-fiend then becomes pivotal to the schemes of Lucifer, the lord of demons and the Reasons, who are seeking to remake the world according to their image. The gameplay of Nocturne follows a turn-based battle system that is based on exploiting the opponent’s weaknesses. Interestingly, it also allows the player to recruit demons found in the Vortex World through the Demon recruitment system, to fight alongside them. 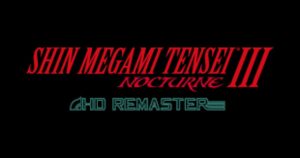 The high-definition remaster version of the game was released in Japan in 2020. It was available on Nintendo Switch and PlayStation gaming consoles.

Although, the publishers of this game haven’t made any official statement about the release in North America and the other markets. But it is planned to be released on 25th May 2021 internationally.

Release date and possibility (US)

Friday Night Funkin’ : Evil Boyfriend vs Senpai gets finale in this fan mod ( Download Link Inside )