The new Skyrim Cathedral 3D Mountain Flowers mod, lets you glance the beautiful and visually appealing 3D mountain flowers. Read our blog to know what does this new mod has to offer.

Bethesda Game Studios and Bethesda Softworks produced and released The Elder Scrolls V: Skyrim, an open-world action role-playing video game. Following 2006’s The Elder Scrolls IV: Oblivion, it is the fifth main installment in The Elder Scrolls series, and it was released worldwide on November 11, 2011, for Microsoft Windows, PlayStation 3, and Xbox 360.

Many players all over the world have gotten a lot of enjoyment out of the game. Many players have outgrown the standard gameplay after several releases and having the same experience each time. As a result, they go beyond the vanilla Skyrim experience to take it to the next level. You can enhance your Skyrim experience with a range of mods thanks to the active Skyrim modding community. 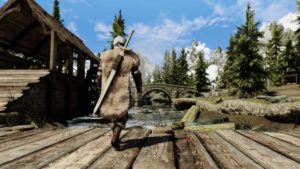 This mod by JonnyWang13 replaces the low-quality vanilla mountain flowers with 3D flowers modeled after images of columbine flowers found in high-altitude and northern-latitude flora. Columbines can be found in both TESIV and ESO, making them lore-friendly. textures are 2k and UV mapped to eliminate overdraw; they work better than the vanilla textures with lower resolution. The mod enhances and completely beautifies the way the mountain flowers looked to be. 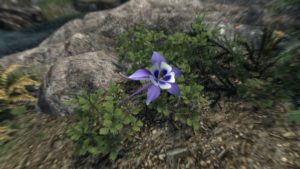 Compatibility of this mod

This mod uses an ESL to replace mountain flowers in snowy regions with alternate snowy models starting with version 1.7. Other mods should be able to overwrite this ESL. The optional compatibility patch, which must overwrite Skyrim 3D Plants, makes this mod compatible with Skyrim 3D Plants.

The Skyrim Cathedral 3D Mountain Flowers mod clearly enhances the visuals of the flowers. Moreover, it also adds a new dimensional beauty to them. Mods like this indicate why games like Skyrim still are still regarded as top flights despite being released for a decade.