If you are wondering why the Sea of Thieves is not working properly for you? Fret not, as you are not alone. Many players are currently experiencing similar issues. Well, it’s happening because game servers are currently down.

Developers have released an official statement regarding the same. The official statement reads as follows: Due to an issue in the last 24 hours where some players are losing progress, we are having to shut down a number of servers at short notice. Please keep an eye on the in-game notification to see if you are on an affected server. We will be working to address any lost progress. 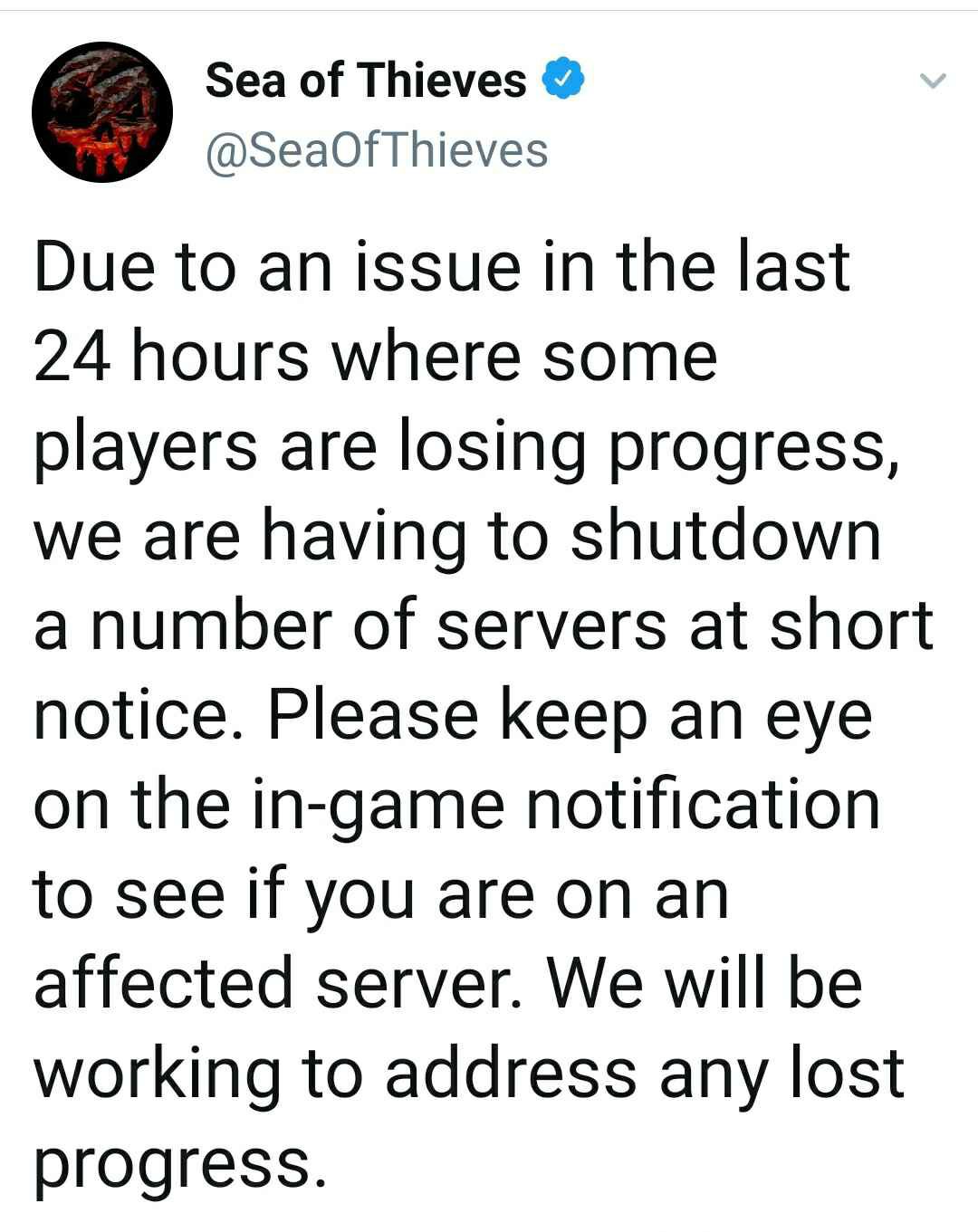 Sea of Thieves is an action-adventure game developed by Rare and published by Xbox Game Studios for Windows and Xbox One, released on 20 March 2018. In the game, players take the role of a pirate sailing the sea as solo or as a team.