One of the most popular action-adventure game, Sea of Thieves was launched on March 18, 2019. The game has been developed by Rare & has been published by Microsoft Studios.

Sea of Thieves game is available on two platforms including Microsoft Windows & Xbox One. In the game, players take the role of a pirate sailing across the seas. Players can play this game as single player or multiplayer. Sea of Thieves game can be enjoyed in the first-person perspective.

The Sea of Thieves servers are now down until 4 pm GMT for the new update. Here’s what official post reads,

The Sea of Thieves servers are now down until 4pm GMT while we stoke the coals and heat the latest update, The Seabound Soul, to the necessary temperature…

Also, have a look at the official tweet down below. We will update the patch notes, whenever they arrive. 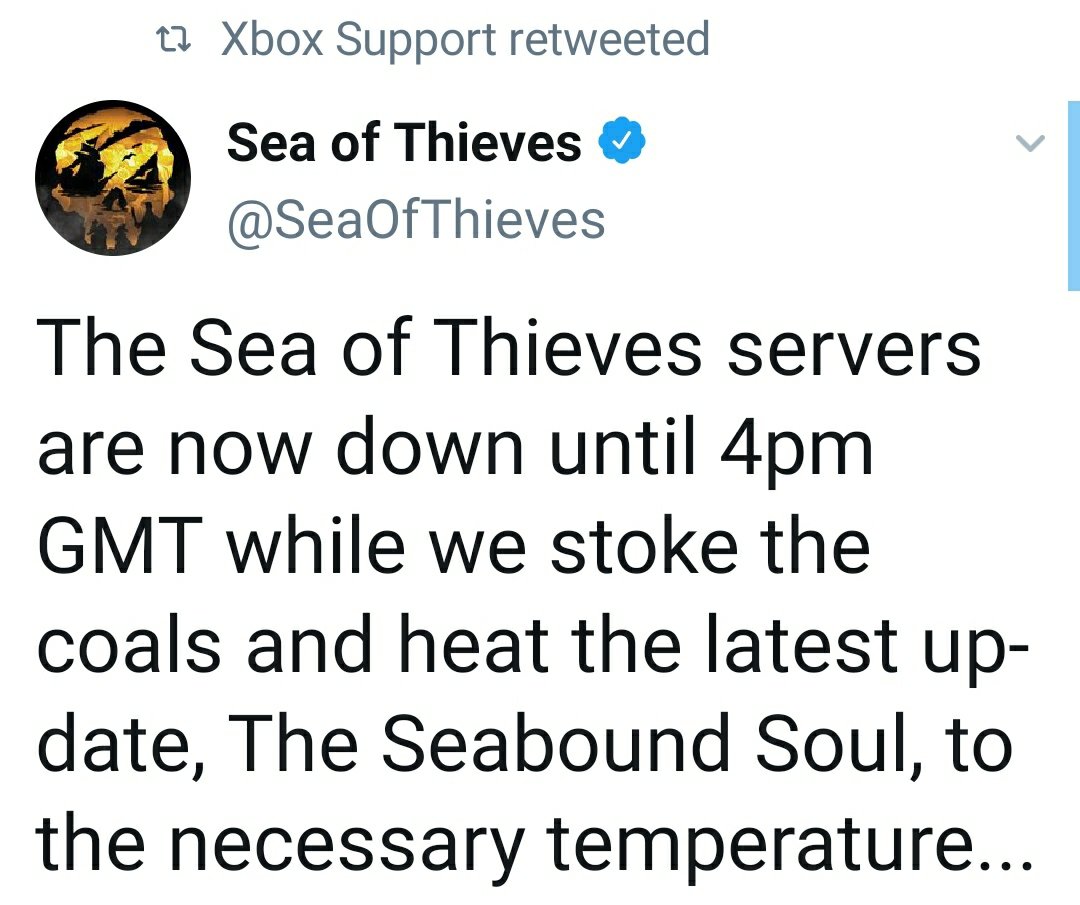 [Fixed] Microsoft Office 365 down (not working) for many users

Fortnite servers down & not working for many users even after update

Fortnite servers down & not working for many users even after update