Sea of Thieves is a multiplayer action game developed by Rare and published by Microsoft. The game was first released in March 2018 for Windows and Xbox One and the enhanced version was released on Xbox X/S in November 2020. Though this game is being played all over the world, it contains some errors and unexplained bugs. One such error in Sea of Thieves is ‘error code l02’. If you have faced this error and want to know how to fix it, we have it all covered in this blog. 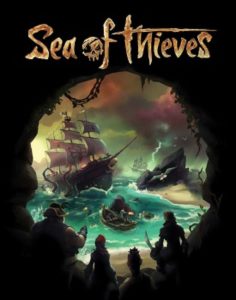 Sea of Thieves: The Game

Sea of Thieves is developed by the UK-based developer Rare and published by Microsoft in 2018 and 2020 on Xbox X/S.

It is a cooperative first-person multiplayer action-adventure game in which players explore an open-world aboard a pirate ship. The game is described as a “shared-world adventure game,” which means that groups of players will meet up on a regular basis during their adventures, sometimes forming alliances and sometimes going head-to-head.

The gameplay is designed to encourage player interactions and to test a player’s soft skills. Players need to exercise their common sense in order to solve the challenges: for example, players need to learn how to read maps. To encourage players to develop these skills, the game does not feature a beginner’s tutorial as the team wanted players to discover the game’s mechanics by themselves.

What is Error code l02 in Sea of Thieves?

As we mentioned before, this game is enclosed with several errors, one of them being I02. Error I02 means that there is a missing or corrupt file that is essential for the game to work. This error happens when you try to install the game or start after an update.

This error is not serious and can be fixed with some easy methods.

How to fix Error code l02 in Sea of Thieves?

This error is not that serious and the solution to this error is quite easy. Though the developers have not released a patch for the bug, we have some methods which will help you fix the error.

Overclocking causes the game to crash in such away.

You may be hitting a bug or issue with an older version of Windows. We recommend ensuring you are up to date in Windows update.

Some third-party software attempts to inject itself into every process on your machine and has been known to cause crashes.

If you have recently started experiencing the issue, we recommend uninstalling any recently installed software.

These simple methods should help you fix the error easily. If you still are facing these errors, write your complaint to the developer regarding your issue.