Talking about smartphone innovations, Samsung never steps back. After all, the brand crafts some of the most premium phones like the Galaxy Fold and the Flip Z. The South Korean OEM manufactures some of the best smartphones in the market. The camera module of smartphones has seen a massive number of changes and designs for the past few years. This era has witnessed it all, starting from the pop-up, slider, and flipping cameras to the modern punch hole camera setup. Over the years, Samsung devices have been morphing with better designs as we move ahead year by year.

Many OEMs have a handful of devices with pop-up camera setup. Even brands like OnePlus come with pop-up camera modules on their high premium flagships like some devices from the OnePlus 7 series. This time it seems like Samsung is going to be using it one of its upcoming smartphones. 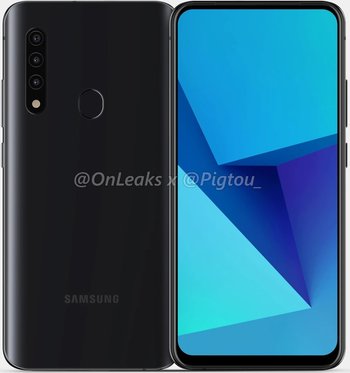 Well, Samsung has been bringing a lot of design innovations over the years with every device it releases. The brand brought the edge display, infinity displays, notch, and also the latest punch-hole design to its devices. But, they don’t have a single device with pop-up camera setup. Yes, that’s true indeed. Now, we have got our eyes on leaks of a new purported Samsung device that is alleged to have the pop-up camera setup. These leaks started surfacing recently which claims that Samsung might be working on its first-ever pop-up camera phone.

Renders of the device suggest that the device will be targeting the mid-range segment. As of now, we don’t really know much about the specifications of this mystery Samsung device. Here’s all that we know so far of this mystery smartphone. 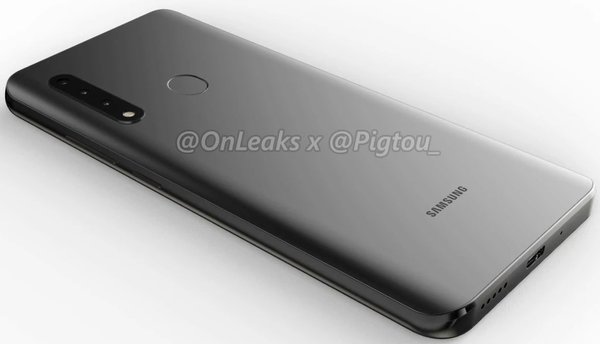 The device will feature a triple camera setup at the back aligned in a vertical stack. The device looks like a typical Galaxy A series device. As said, the device will have a pop-up selfie camera and flaunt a full-screen display with very tiny bezels. The display is around 6.5 inches which are not the exact dimension as of now. Oh, and yes, the device also has an IR blaster at the top which lets you control electronic devices that have a remote control. The device has a fingerprint scanner mounted at the back which is usual for a mid-range device. The device also features a Type-C port but sadly no headphone jack. It’s pretty unclear as of now if the device will support 5G.

Well, that’s all that we know currently. Let’s all what more Samsung has got under its sleeves to impress its users. Keep waiting till then. 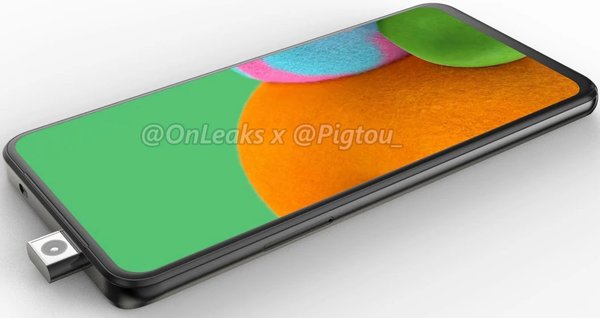 Will this pop-up camera thing do the magic for Samsung? To be honest, pop-up cameras are now relatively outdated. It’s peculiar why Samsung is relying on a pop-up camera at this time. Let’s see how the device performs in the market once it’s out. This mystery Samsung smartphone will most probably be announced in the coming months around August or September. As of now, we have no concrete dates about when the device will launch in the markets. However, if things go well with the prevailing Coronovirus pandemic and the lockdown thing, we might see the device anytime soon in the coming months.

Stay tuned for further updates on this mystery Samsung smartphone and more such related content. Also, share this article with all those people who have been waiting for a pop-up camera smartphone from Samsung.