In January this year, Samsung announced a new phone under its Xcover series, the Samsung Galaxy Xcover Pro. The Galaxy Xcover Pro is currently available in four different models SM-G715U for the US market, SM-G715FN/DS for the International market, SM-G715W for the Canadian market, and SM-G715U1 for the unlocked variant. And now, one more model number is adding to this list, the SM-G715A. The Samsung Xcover Pro with the model number SM-G715A has just received the Bluetooth certification. So, in this article, we will talk about this new Samsung device.

Today i.e., on October 23rd, 2020, the Bluetooth SIG website certified a new Samsung Galaxy Xcover Pro with model number SM-G715A and published its certificate on the official website. A screenshot of this certificate is given below. 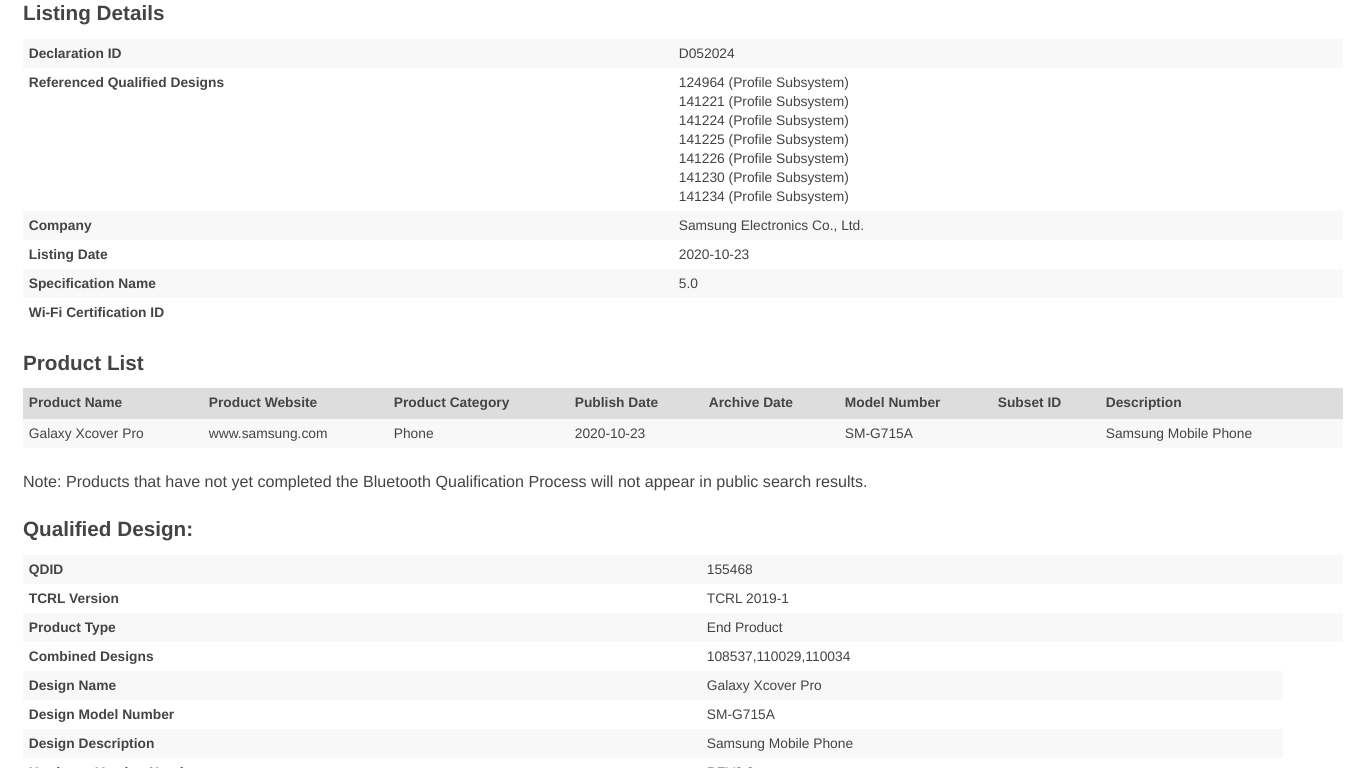 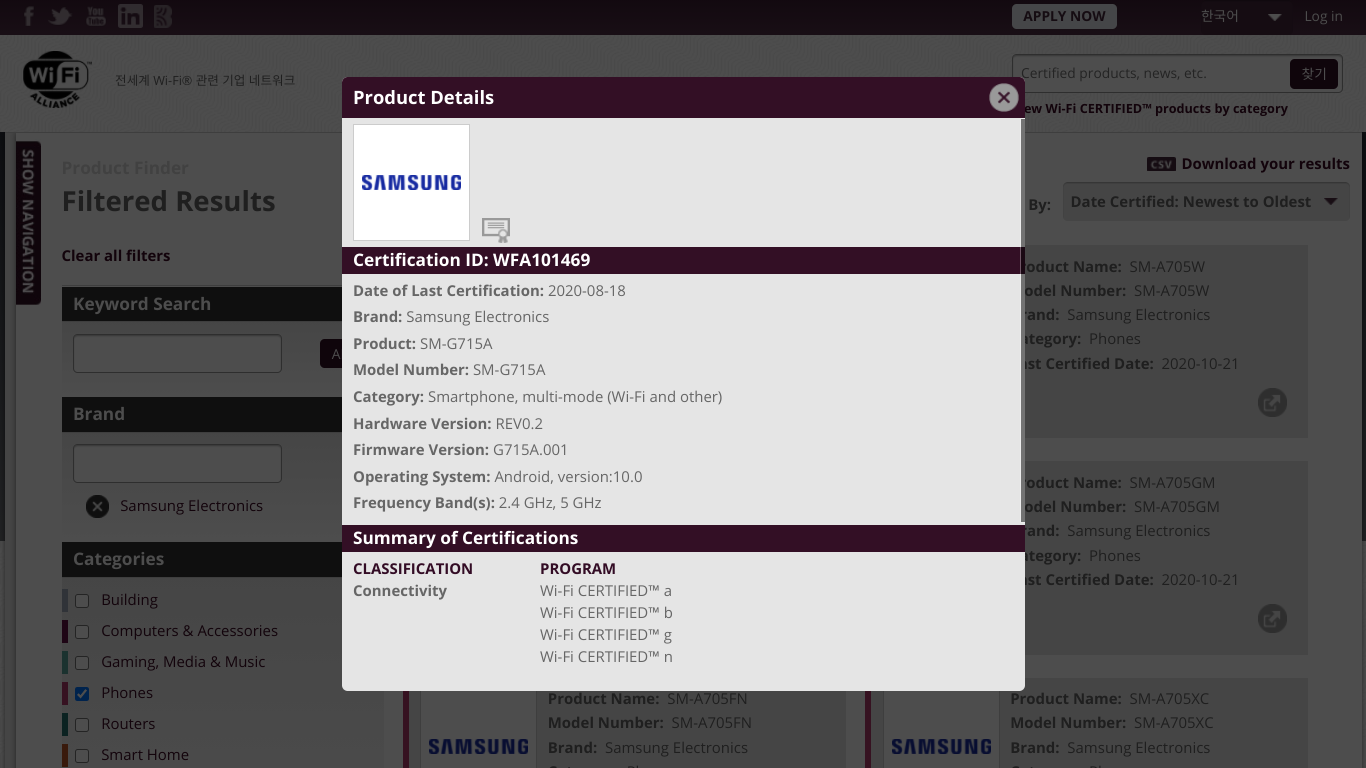 As this product is now certified by both Wi-Fi and Bluetooth communities, Samsung should be almost ready to unveil it for the public and may release in a few weeks. The original specs of Galaxy Xcover Pro (International Market) are given below. The SM-G715A is also expected to come with almost the same specifications.

The Samsung Galaxy Xcover Pro is powered by a decent Exynos 9611 processor. This device comes with 4GB RAM and 64GB RAM which is good for some basic tasks and medium gaming. The Galaxy Xcover Pro also supports dual-band WiFi as well as Bluetooth 5.0.

We are continuously tracking reports related to technology & will update you with more information whenever it arrives, so stay tuned! Follow our website to get technology updates as soon as we publish them.

Vivo Y19 Android 10 update status – When is it coming?