by Rajveer Tuteja
in Samsung, Technology

As for the Samsung Galaxy S22, it’s launch is highly anticipated and rumours and leaks have begun already.

The S22 is expected to be powered by the Qualcomm’s latest high-end processor at the time of release. RAM and internal storage will also have 10/128 GB and 12/256 GB variants. The phone is also expected to feature a microSD slot to expand the storage upto 1TB.

The display of Samsung smartphones are arguably the best on the market. On the S22 too, Samsung is not expected to disappoint. The phone is rumoured to have a 6.2 inch with Dynamic AMOLED technology for darker blacks and brighter colours. The front might also have Gorilla Glass 7 protection for the protection from scratches and drops.

Samsung Galaxy S22 is expected to come with a Quad camera setup –  64MP primary lens + 12MP telephoto lens + 12MP ultra-wide sensor + 0.4MP depth sensor camera with 4K video and  Dual-LED flash. On the front, the phone is expected to have the front camera underneath the display to create an edge to edge display. The camera will move when it is being used. Samsung will be first company of its caliber to adapt this technology to produce mass number of phones. 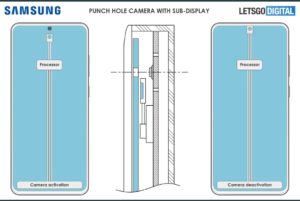 Samsung as of yet has not commented on the release date of the S22 but it is expected to launch in January/Feburary of 2022. The phone is expected to be priced at $1300 USD (approx).

LoL Wild Rift: The “Wukong Challenge” gets you Wukong for Free

LoL Wild Rift: The "Wukong Challenge" gets you Wukong for Free