Whenever it comes to smartphones, Samsung always gets to the top lists. Well, who doesn’t like Samsung phones right? The South Korean tech giant and one of the most eminent smartphone manufacturers, Samsung has always impressed us with its stunning devices, the Galaxy devices being the most prominent ones. Not just the Galaxy S series or the A-series but also the M series devices are loved by users and are some really amazing devices. The Samsung Galaxy M30s is one of the best devices from the M-series. The Galaxy M30s was launched back in September 2019. 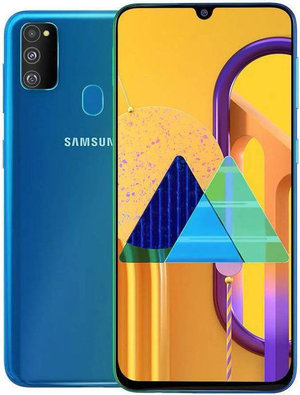 With a huge and beautiful 6.4 inch 1080p Super AMOLED screen, the device is on par with other devices out there. The devices house Samsung’s own Exynos 9611 chipset. The device offers up to 6 GB of RAM and 128 GB of storage. Other amazing features include an amazing rectangular camera setup both at the back and the front that performs really great. The device is fueled by a gigantic 6000 mAh battery with 15W Fast Charging support.

Now coming to the main talk, Samsung is delivering One UI 2 updates to many of its devices these days. The Galaxy M30s was the much-awaited among all in the list and this device just got lucky. Well, it seems like the device has just got one major Update. The device runs on Android 9 with One UI on top. But Samsung has yet more amazing things to provide. So, for all those users of the Galaxy M30s, Samsung has finally rolled out the latest update based on Android 10. Here are the details about the latest software update:

The Galaxy M30s is receiving yet another update with the latest One UI 2.0 based on Android 10 along with the latest March Security Patch. The update brings with it the much-awaited Android 10 along with the latest March security patch, a lot of other feature improvements and some new features as well. The latest update has brought several bug fixes and improves the system stability as well. We get a new and refreshed look with the new One UI 2 on top of the latest Android 10. The update made the experience buttery smooth and also enhanced the overall performance of the device. The User Interface is really good and the update provides a great experience to users.

Some major new features include Dark Mode, One UI 2 navigation gestures, In-built screen recorder, Digital Wellbeing and more. The update comes with the firmware version M307FXXU2BTC6/ M307FODM2BTC6/ M307FXXU2BTAL and is around 1.4 GB in size. The OTA update is currently rolling out.

Stay tuned for further developments on the Android 10 update for the Samsung Galaxy M30s. Also, share this article with all those people who had been waiting for this Update.