RB Battles has been a popular Roblox game, and the developers are about to release Season 3. Catch up with all the details in this article

by Sourit Sanyal
in Mobile, PC

Roblox, the popular online gaming platform has got a range of games to look out for. RB Battles has been one of the popular Roblox games amongst many players on the platform.  Recently, the game has been declared BUSY and closed temporarily, with people speculating about the release of Season 3. Will you get to see RB Battles Season 3? When is it coming out? Read this article to find out all the details. 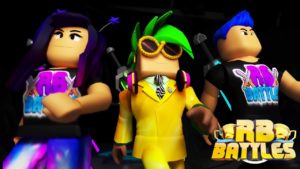 DJ Monopoli, one of the hosts of RB Battles dropped a huge bomb regarding the arrival of Season 3. The host shared a new description for RB Battles, stating on Discord:

Thanks for choosing RB Battles! While we prepare for the next season of RB Battles, we are experiencing high call volumes so your hold times may be longer than usual. We apologize for any inconvenience this may cause. We appreciate your patience. THIS is RB Battles!

With this, the Development Team has announced the preparation for the next season of RB Battles. This time, the Roblox game would be on Season 3. But DJ Monopoli was also seen, retweeting a tweet from Bloxy News. The Bloxy News tweet said:

RB Battles Season 3, coming to a metaverse near you soon™… 👀🏆 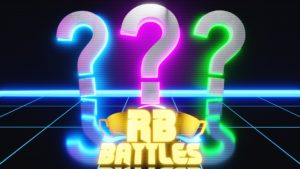 As a result, many fans have tweeted their replies to DJ Monopoli with an exciting atmosphere in the Tweet thread. But with the announcement followed the temporary closure of the game. The Icon has been changed, with the Developers keeping the Three Question marks (which might represent the 3rd season of RB Battles). That’s why, if you check out the game, it will say RB Battles (Busy). As of now, the developers have not dropped many updates for sharing. But when the updates roll out, you can receive them instantly at DigiStatement. Hope this article was able to help you out. Like this, you can access more content on PC gaming guides, fixes, updates, and much more, by clicking here.

Surgeon Simulator 3 Release Date: When it is coming out?