Risk of Rain 2 is a roguelike third-person action shooter game from the developer studio, Hopoo Games, and publisher, Gearbox Publishing. The game is a sequel to the massively successful 2013’s Risk of Rain. It is available on various platforms such as Microsoft Windows, Nintendo Switch, PlayStation 4, Xbox One, and later on in Google Stadia.

The popular cooperative roguelike game celebrated its 2nd Anniversary in 2021 since its launch in 2019. The developer studio, Hopoo Games celebrated the Anniversary by releasing a free update for the game on PC. Later, on other platforms. The free Anniversary Update included various features such as new items, 88 new lore entries. Additionally, the new skill variants for a number of existing Survivors, and also improvements to the game. 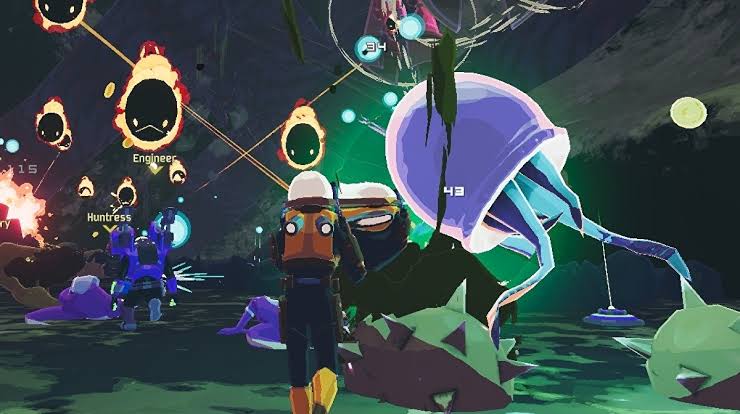 Later on, the developers announced plans for the next paid expansion DLC. The DLC is a massive update in terms of scope and new content.

The upcoming paid DLC expansion update is expected to be a major update. The scope of new content coming with the paid expansion is comparable to 2-3 Early Access contents. Therefore, the scope of the update ranges from introducing new content to bug fixes, quality of life improvements,  etc. 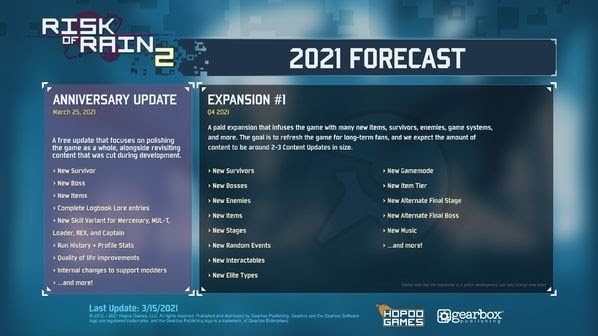 According to the developers of the game, the paid expansion is also known as Expansion #1. It is officially slated to feature new bosses, survivors, enemies, items, stages, and many more new additions, even including a new game mode.

The current plan is to release the expansion on all platforms at the same time. While previous updates for Risk of Rain 2 have launched on PC first. Later coming to PS4, Xbox One, and Nintendo Switch. There are now teams at publisher Gearbox Publishing working to get console updates out for the game simultaneously with the PC updates. However, these are the current plans and not a guarantee.