The Rainbow Six Siege update 4.4 will roll-out after the downtime of the servers. According to the official tweet by Ubisoft, the game servers will be taken down for 45 minutes starting from 9 AM EST/ 2 PM UTC (for PS4) and 10 AM EST/ 3 PM UTC (for Xbox One). 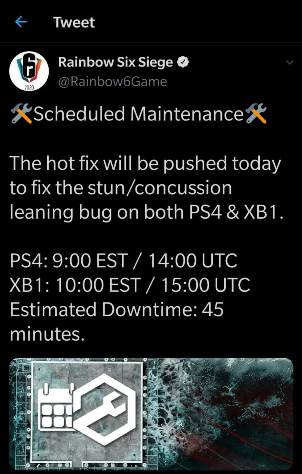 For now, no official patch notes for the update have been announced, stay tuned, as we will update this post as soon as possible.