Game developers always look forward to include new features and content in the game to engage the users. Well, the creators of PUBG are trying very hard to do the same. Last month, season 6 of PUBG rolled out with a new battle pass, a new map, and a list of new content. And yet again, the creators of PUBG announced a new game mode today to attract the fan base.

Today, the developers officially announced a new arcade mode in the game called PUBG Team Deathmatch. As you might already have an idea, unlike the battle royale mode, team deathmatch is on online mode with pits a few players in a PvP fight. For your information, the team deathmatch has already been introduced in the mobile version of PUBG last year.

Talking more about the PUBG Team Deathmatch mode. The upcoming mode will bring the intense 8v8 fights, which will take place on 7 different battlefields. According to the official statement, the maps in deathmatch mode will be pulled from existing maps, that is, no new maps. You can check out the details of the maps below.

Check out the more details below – 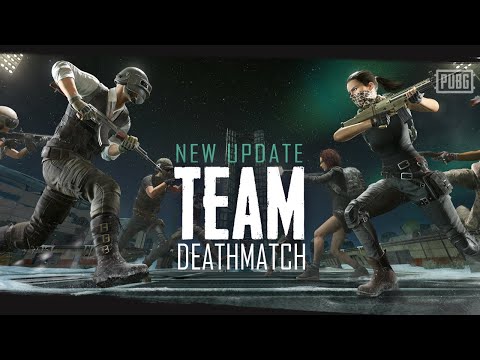 Well, for now, there is no official release date for the new team deathmatch mode. According to the official announcement, the new mode will roll out with update 6.2 for both PC and console platforms.