by Siddhant Saraswat
in Gaming

Player Unknown’s Battle Grounds mobile version just celebrated its 2 year anniversary with Royale Pass Season 12 and ever since, players have been looking forward towards Royale Pass Season 13 and the cool new feature it may include. Well look no further as we bring to you everything there is to know about Season 13 and the new Update 0.18.0 packed with confirmed facts, speculation and rumours.

The new 0.18.0 Update is set to hit PUBG Mobile on May 7th with no downtime, as observed from the pattern of the previous update. Royale Pass Season 12 will end it course on 11th May, 2020 at 12 A.M. GMT and will be followed up by the release of Season 13 on 12th May. Tons of new features have been confirmed to be added like new weapon skins, emotes, an updated version of Miramar, TDM updates etc.  So lets get into it before the blue zone catches up!

There is no doubt in saying that Miramar has been a black sheep in the family of different maps PUBG Mobile has to offer, with very few number of players online on it. The new update will try to shake things up a little as  Miramar will be revamped and undergo metamorphosis. It will now be called Mad Miramar with a variety of cool new features and gameplay designs which are as follows: 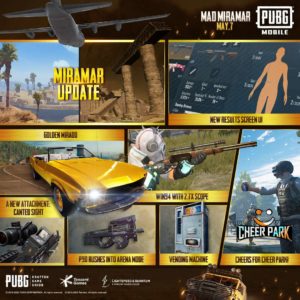 These new features are sure to attract players back to Miramar.

The new Royale Pass Season 13 theme will be ‘Toys Playground’ as it is set to induce nostalgia regarding toys and cartoons in the community. Guns will get new Lego like toy skins such as the Lego themed Vector and P92. A new skin for AUG will also be available but it will be unrelated to the theme.

New player skins will also be available such as a Power Ranger like set of armor in blue and red colour scheme, called the Flash Superman and Lava Superman respectively. A Tribal themed armor will also steal the show with a Ram Skull Mask. Enjoy choosing your favourite among these choices.

As always the Royale Pass will feature a free pass and an Elite pass for 600 UC, each pass having its RP level rewards. 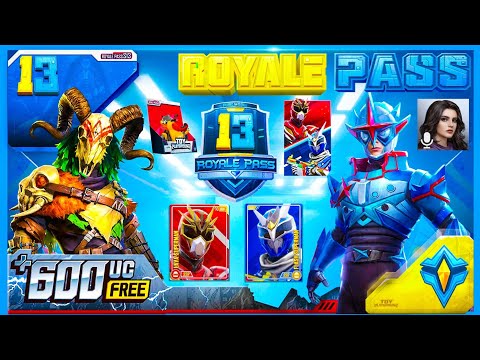 Like with every season, Season 13 also features its unique tier awards starting from Gold all the way to Conqueror.  The tier rewards, according to the leak are as follows:

The new update will bring along itself Ranked Team Death Matches, for which you can start grinding from now on to be prepared when it arrives. Everybody’s favourite SMG is here! P90 is sure to help you with its high fire rate and 50 round capacity in its magazine during a match. It will allow players to attach a scope, a foregrip and muzzle attachments. At the moment P90 will be available for Arena mode only, we might see later updates bringing it to the Classic game mode.

Certain small features have also been added to further enhance the gameplay. A new sight is added called the ‘Canted Sight’ which will allow the players to toogle between a classic PUBG scope and this newly added sight. It will funtion more or less like a Red Dot Sight, making it useful to equip it wil longer range sights to improve the versatility in combats at different ranges.

A new Cheer Park system is added which borrows its inspiration from the recent Amusement Parks and the Training Mode. Players will be able to enjoy rides and have fun without the worry of other players shooting at them.

There is news for small changes in the UI. Which means players might get an improved Scorecard at the end of the round to give informmation related to their efficieny with the guns they used in that match, helping you to finally get good with that AK recoil!

Also be sure to check out the new trailer!

With these many features, it’s surely going to be a hefty update so our advice is to clear up some space on your device and get ready for some Chicken Dinners along the way.