PUBG is down for console players, a hotfix in works

PUBG, one of the most popular battle royale games which has been developed by PUBG Corporation is currently down for maintenance.

However, the maintenance is only for console players. This information has been revealed in an official tweet. The maintenance will take 2.5 hours according to the shared tweet. Have a look at the tweet down below. 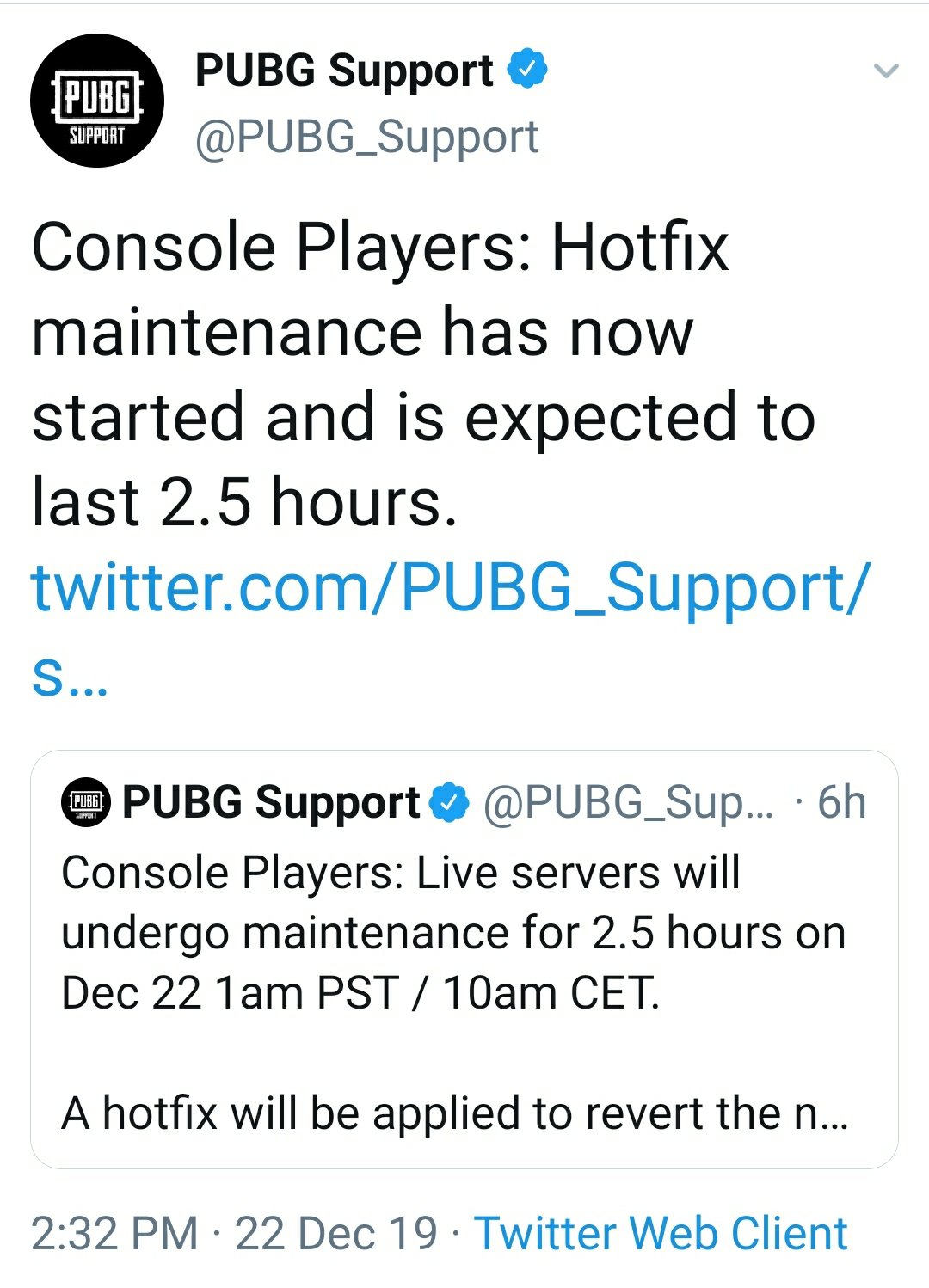 Under this maintenance, A hotfix will be applied to revert the new blood effects implemented in Update 5.3 and alleviate instances of game crashes.

Rest assured, we are keeping a close watch on the current situation. Whenever any further update will arrive regarding this issue, we will update the column.