PUBG down, not working on PC | PUBG server status: Details

PlayerUnknown’s Battlegrounds is one of the popular online multiplayer battle royale game. The game is developed and published by PUBG Corporation, a subsidiary of South Korean video game company Bluehole. Recently, the developers rolled out a new update in PUBG which brought the new season 6 and a list of content across PS4, PC, and Xbox One.

Well, you might be wondering why PUBG is not working for you. Fret not, as the game is currently facing an issue, and many players are facing the same issues. And recently, several PUBG players have been posting on social media platforms about an issue. According to the users, the game servers are down and can’t be accessed. Users also mentioned that the game is not working on the PC platform.

According to the official tweet, the players will not be able to access the game for 30 minutes. 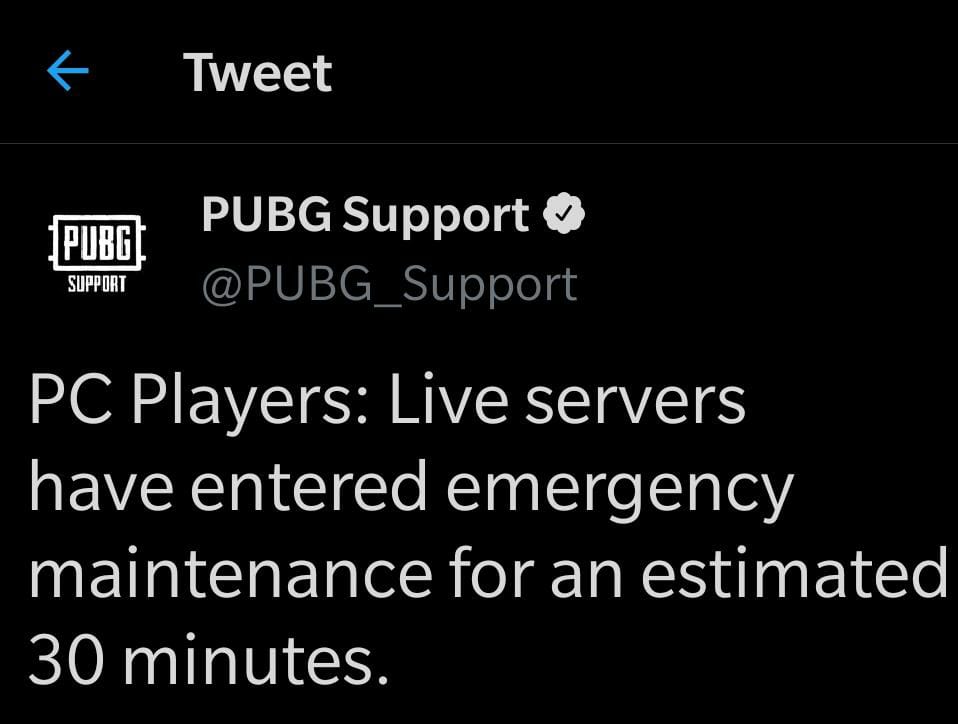