PS5 media remote not working : How to fix it ?

PlayStation 5, also known as PS5 refers to a home video game console. It has been developed by Sony Interactive Entertainment. PS5 was announced in 2019 as the successor to PlayStation 4. It was released in Australia, Japan, New Zealand, North America, Singapore, and South Korea on 12th November 2020. It was followed by a worldwide release after one week. PS5 was released with Microsoft’s Xbox Series X and Series S consoles. Both of them are a part of the ninth generation of video game consoles.

PS5 was launched in two variants. The first was a base model with an Ultra HD Blu-ray compatible hard disk. The other was a digital edition without this drive and worked as a lower-cost model for those who love to buy games through digital download. PS5’s main hardware features include a solid-state drive customized for high-speed data streaming and enable significant improvements in storage performance. It has an AMD GPU capable of 4K resolution display at around 120 frames per second. 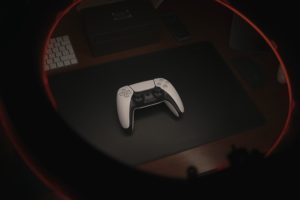 Despite being so successful, users have recently complained about an issue related to it. Users said that the PS5 media remote is not working. A user has said that he has been experiencing some problem with his remote since it stops working until you connect with a controller. He added further that if you disconnect the controller, the remote completely stops working. Another user has reported that everything was working fine on the first day. But suddenly after two days, it is not paired to PS5 and the pairing light doesn’t pop up when it is paired.

Rebooting the console can fix this issue but many users have said that their system has crashed before because of rebooting. The developers have not yet mentioned an official fix for this issue. But for now, if you wish to fix it, just delete and re-pair the remote. Just go to Settings, select Accessories, choose General, select Bluetooth accessories, and then choose Media Remote and Delete.