PS5 media remote not connecting to TV : How to fix it?

With PlayStation 5, Sony released a heavyweight console. Sony has been the leader in the console gaming space and it has tried its best to satisfy people. PS5 is something that can give a tough competition to Xbox Series X and Series S. The console is capable of native 4K resolution gaming at 60 frames per second. According to Sony, this can go up to 8K or 120fps, depending on you having the hardware to carry it. Still, PlayStation 5 offers better graphics and more consistent performance in comparison to the PS4 models.

It has the ability of ray tracing, which is equal to true life lighting, dynamic environments, and accurate reflections. Apart from that, PS5 promises faster load time because of the solid-state drive (SSD) taking over from the hard disk drive (HDD). You may never get to see a loading screen in games on PS5 and open-world games would feel more fluid. PlayStation 5 was launched on 12th November 2020 in the US, Canada, Japan, Korea, Mexico, Australia, and New Zealand. It was followed by a worldwide release just after one week. 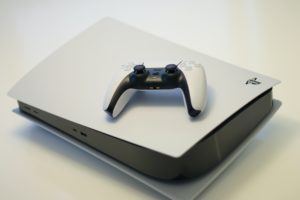 PS5 has all the features. But recently users have reported an issue related to it. People have complained that they are not able to connect the PS5 media remote to their TV. Most of the users said that it was working perfectly on the first day, but from the next day onwards, they were not able to pair the remote with the TV. A few people have also said that they went through the pairing set up to solve this issue but they were not able to do it. Users have said that the remote also got disconnected in between even if they were somehow able to connect it.

If you are facing a similar type of issue, let me tell you that you need to follow a few simple steps. At first, go to Settings, open Accessories, choose General and then select Bluetooth Accessories. Then just press X on the faulty device and select Delete. Then pair the remote and it will work without any issues. You can also try to fix it by taking out the batteries of the remote and insert them again.