When Project Cars 3 got released in 2020, it disappointed many game fans and players. This game was heavily criticized by the players as it did not have any features tyre wear or fuel depletion, and as such, there were also no pit stops in the game. Even when we talk about ratings of Project cars 3, it got only 6/10 on Steam and IGN. Just after the release of this game, fans were waiting for a much better sequel in the Project cars series.

Ian Bell, in his tweet, mentioned that PCars 4 Will Be The Most Realistic Simulation Ever Made. But, the most unusual thing happened after that. He deleted the tweet. Maybe this thing happened because he is the CEO of Slightly Mad Studios. He also mentioned that this game is going to be the best in every way and manner. Talking about the dates, there have not been any dates announced by the officials. Although the dates will be revealed after the announcement of the game, which is still pending. You can look at the tweet in the snippet below. 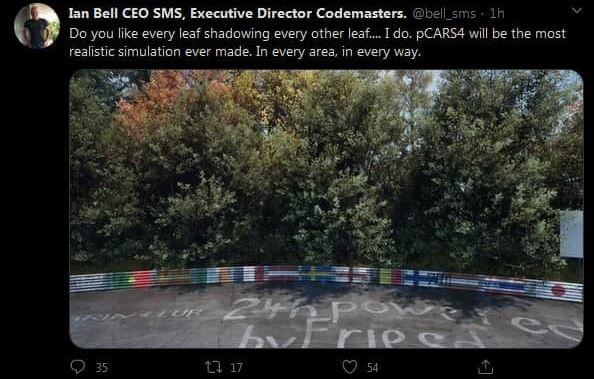 The release of Project Cars 4 could be seen near 2022-2023. As we know that the sequels of Project Cars Series have been released within 2-3 years gap, this could be a healthy prediction to do.

So, we hope that you found this article helpful.

Yu-Gi-Oh! New Game for 2021: Here’s everything you should know

Yu-Gi-Oh! New Game for 2021: Here's everything you should know