Since Pokemon Unite features a ton of Pokemon, to begin with, it is a difficult task to remember every stat of Pokemon featured in the game. So, we are here to do the job for you and provide you with all the information you need. This article features Snorlax’s Stats and Unite move and much more. Here’s everything you need to know.

Developed by TiMi studios and published by The Pokemon Company, Pokemon Unite is no doubt going to be a massive hit featuring multiplayer online battle arena gameplay. It is scheduled for release this summer so now is the time to know everything about all the Pokemon that are going to be featured in the game. 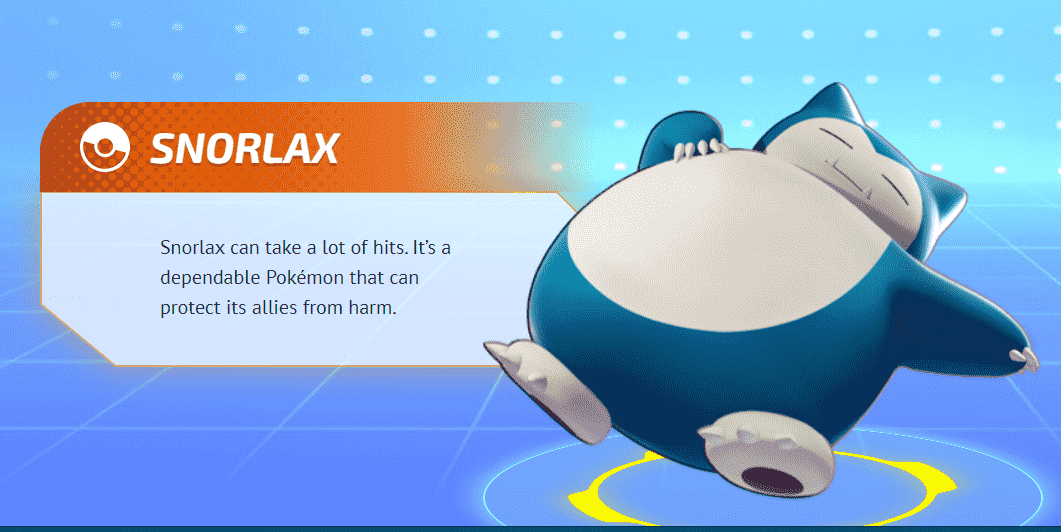 When it comes to taking damage, there is no other Pokemon that can endure as much damage as Snorlax can. This Pokemon is famous for its ability to sleep and attack enemies while defending against every possible attack. Snorlax is categorized in the Novice difficulty section, so controlling and attacking/defending with it won’t be much of an issue.

Snorlax features a default attack along with the following moves-

Talking about stats, Snorlax is rated the following:

Well, from the stats it is obvious that Snorlax can withstand a ton of damage coming from the opponent. So, if you are in need of a defensive Pokemon, Snorlax is the one to go for.

You can also watch Pokemon Unite: Snorlax’s gameplay down below

Snorlax’s Unite move is unlocked once it reaches level 10. Its Unite Move is called Power Nap. While using Power Nap, Snorlax nods off and rolls around in its sleep to attack its opponents hitting them with a powerful blow. It is indeed an incredible move considering the fact that Snorlax is actually a defender.