Released in November, Pokemon Sword & Shield took the title of Nintendo Switch’s fastest-selling game in no time with an overwhelming response.

Despite exploring the ins and outs of the Galar region, a professional Pokemon player showed that players can still perform some new tricks when he shared a perfect Dynamax counter.

Professional Pokemon player ‘WolfeyGlick’ shared a perfect Dynamax counter trick on his Twitter account with a video where he robbed his opponent of their Dynamx move.

It was revealed that the opponent trainer fell into his trap when he used Grimmsnarl and a Sylveon to perform a combo of moves. It put a complete halt to his opponent’s Dynamax play.

We found the ultimate Dynamax counter – please RT to save a life: https://t.co/XxggIuFdku pic.twitter.com/27Bw0jcReM

Twitter user and amateur esports commentator  ‘Shinkari’ shared a break down of the trick.

Wolfey made a gamble by predicting that his opponent would use his Excadrill to Dynamax and used Grimmsnarl’s ‘Trick’ to swap the other player’s move for ‘Eject Button’ which recalls the Pokemon holding it should they get hit. 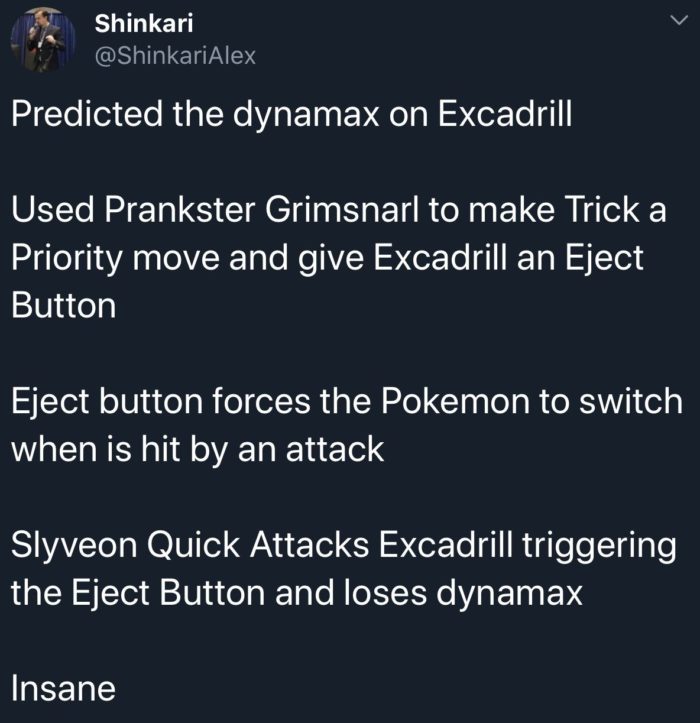 To finish the comic, he lands the punch quickly with Sylveon which forced his freshly Dynamaxed Pokemon out.

CenturyLink down : Internet not working for many users