Recently, players of Pokémon Go have noticed a slowdown in formation of new Wayspots and many players have been facing issues related to their account. Let’s discuss what’s the deal with broken Wayspots submission and more.

Niantic’s Wayfarer Tool is an amazing platform that lets player shape adventures for themselves as well as for others around the world. More experienced players who are over level 40 are chosen to become Wayfinders. Their job is to nominate unique places in the real world that are distinctive and safely accessable such as historical landmarks or localities, also known as Waypoints. Further, certain eligible Wayfinders will be able to nominate as well are review and evaluate other player’s submission. If a nomination gets enough positive reviews, it could become a Wayspot and populate Niantic products. 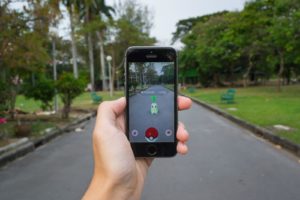 But recently, there is a recession in the creation of new waypoints, as waypoints approved world wide are little to none from the past couple of weeks. Most submissions are pending and those that get to the voting stage are stuck there for as long as ten days! The first logical reason that comes to mind is the ongoing pandemic situation the world is going through but it is not the case. Instead, this is due a bug from Niantic’s side.

It was widely noticed that in the beginning of this month, a significant amount of player base had their ratings dropped from green to yellow or even down to red. This became suspicious as the ratings dropped even after many players had high amount of agreement on their submissions, and regardless of player experience, players with high levels also suffered the same. This issue was brought up on Reddit, in the sub-reddit r/TheSilphRoad.

Since due to the bug everybody’s ratings got decreased, the overall weight of everybody’s submission suffered a significant loss. Thus now it takes a huge amount of votes for a Wayspot to reach verdict. Hence, many submissions have been stuck in the voting stage. Furthermore, the reason could include the Covid-19 outbreak as people are now unable to visit new Wayspots worthy locations. Thus the above mentioned reasons seem logical for the slowdown.

The issues were recently acknowledged by Niantic over Reddit but not much has been heard from them for the time being.