If you have a Verizon service on your device & also a Pokemon Go fan, we have some good news for you. Verizon has partnered with Niantic & offering promo code for free rewards. Earlier this week, Niantic offered Promo codes but many players were not able to redeem the codes as they got expired pretty quickly.

Well, Verizon has taken the route of their blog to announce this exciting news for their customers & Pokemon Go fans. According to a player Reginald5414, players are required to login to their Verizon Account.

After logging in, they will receive a Promo Code, which they need to paste in the usual Niantic redeem code website. Players will receive the following rewards after entering the code

Niantic is offering these rewards to encourage homestay, which has been put into place to avoid the spread of Coronavirus. You can also have the look at the official snapshot from the Verizon website. 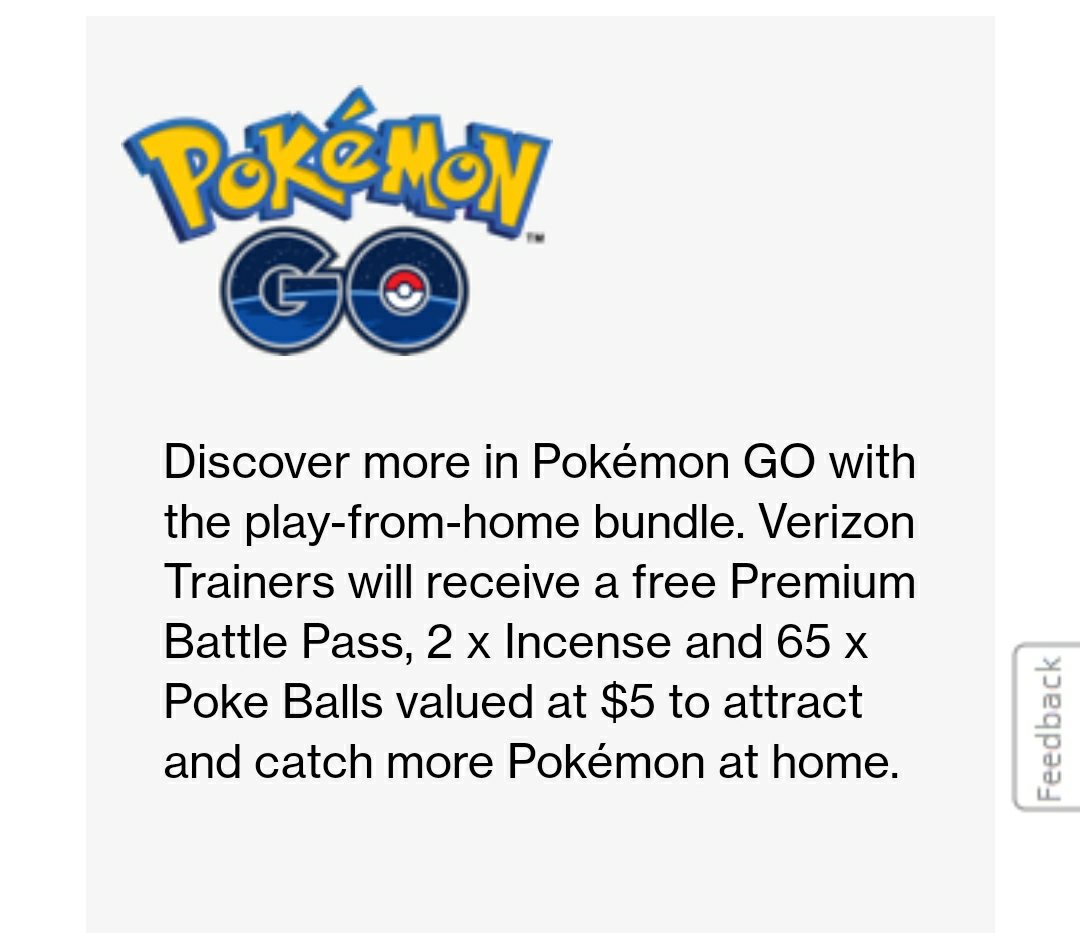 Apart from this, under a new experiment, Niantic will reward players with PokéCoins for activities besides defending Gyms. The feature will be initially tested for Australia & it will come to other regions after the testing phase.

PC/XBOX/PLAYSTATION/Nintendo Switch: Where are the best game deals?