Cut to now, Pokemon Go Winter Weekend event has gone live & it has brought Regice to raids. It’s Raid Boss CP is 42768 and players can catch Regice in the following CP range.

Mentioned below are the best counters for Regice : 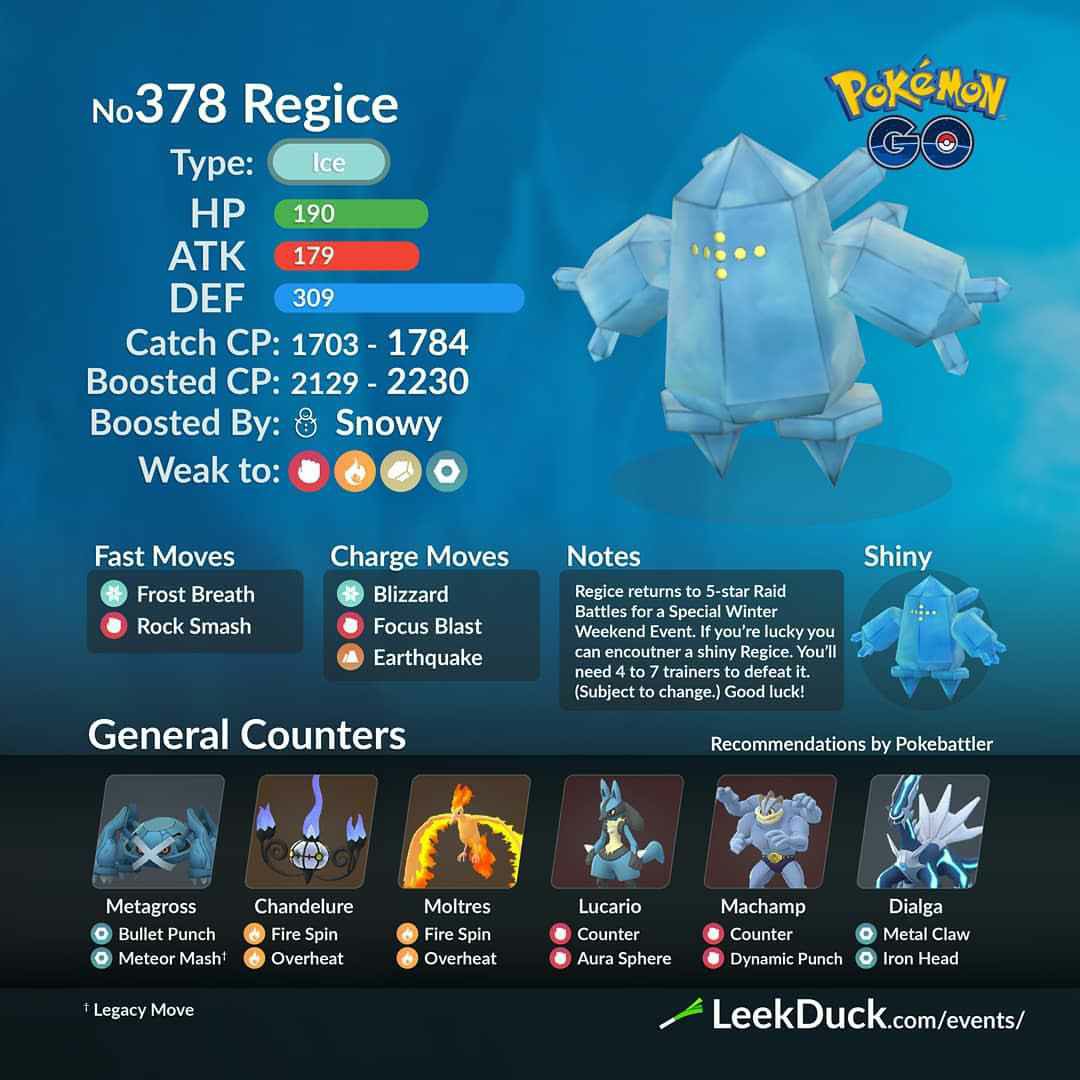 For a quick recall, Pokemon Go has been developed by Niantic Games, and it was released in 2016. It is available on Android, iOS and watchOS. For more news, leaks and updates stay tuned with us.