A Pokemon Go potion shortage issue was first noticed sometime back in 2017 and 2018, where players realized they were receiving fewer potions and revives, some were submerged due to the lack of revives and potions they had, unable to revive their fainted Pokemon, also at times their best Pokemon, while others were able to stay afloat. But a question that has emerged recently is whether this Pokemon Go potion shortage issue is happening in 2021? We will cover what we know from the community at the moment and their stance during when it initially began during 2017-2018.

In 2018 a Reddit post was made on /r/TheSilphRoad, a subreddit that is primarily for discoveries and research in Pokemon Go, the original poster themselves stated how they weren’t seeming to face an actual issue with revives and potions and is actually deleting a lot to make room for other items, similarly many users part of this subreddit flocked to the comment section to state how they aren’t facing any form of an issue either, on the basis of the comment section, what we could deduce was that this was an issue for those who simply only did gym battles and spun Pokestops, what most actually needed to do was do more of raid battles and spin Gold Gym badges, a healthy balance of those two will keep their revives and potions up.

During the same time, there was also a post on the same subreddit made about the drop system, a post by u/skewtr, who through thorough research was able to get to a certain set of numbers which explained the weight of drops in Pokestops and Gyms, which in simpler words means, the higher the number, the higher the chances of you getting a drop.

We aren’t going to paste the entire research as it is quite interesting and you should definitely check it out for yourself by following the link here, but an important part of the research with regards to our topic was that you had a 19% chance to receive a potion in a gym as compared to the 2% through a Pokestop and 9% chance of receiving a Revive through a Gym which compared to the 0.61% through a Pokestop is a lot higher, so if you were a part of the many who completely depended on Pokestops for revives and potions, then this may be the answer as to why you didn’t receive many.

This was a while ago, there is no telling at the moment whether the distribution is similar or not but we can assume it is. 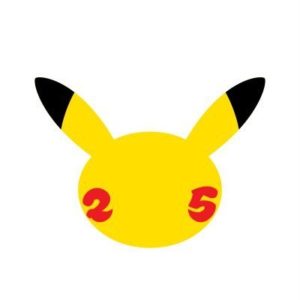 As of 2021, A potion and revive shortage is not a hot topic or something that is pressing anyone and being communicated throughout the community, we believe that the meta probably has been communicated to most in the Pokemon Go community, who understand the drop system and chances of receive potions and revives, thus being more careful with them and using their best Pokemon in dire situations which call for them and no other Pokemon.

DokeV System Requirements: Are They Out Yet?