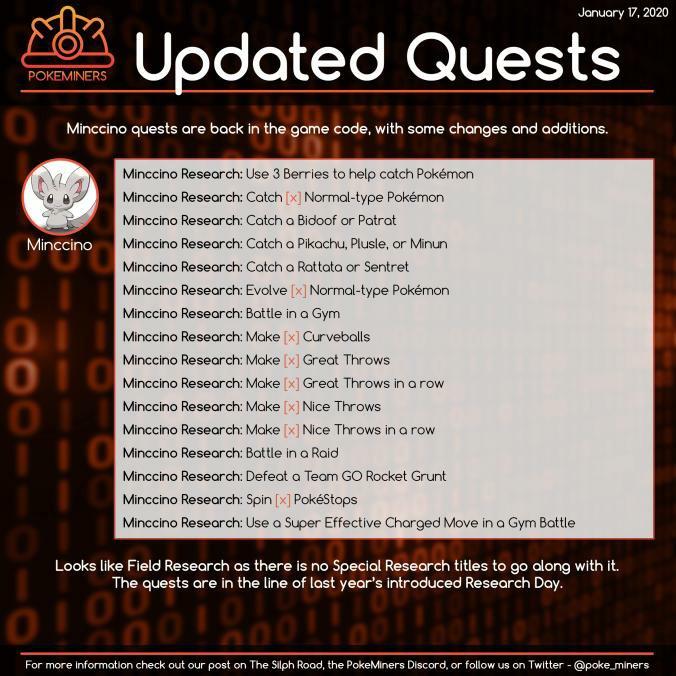 Pokeminers have leaked these quests based on the code found in the gamemaster files. It is still unknown when this Research Day will go live . But this is leaked data & should not be believed for sure. Players should take this leak with a pinch of salt & wait for the official news from Niantic.