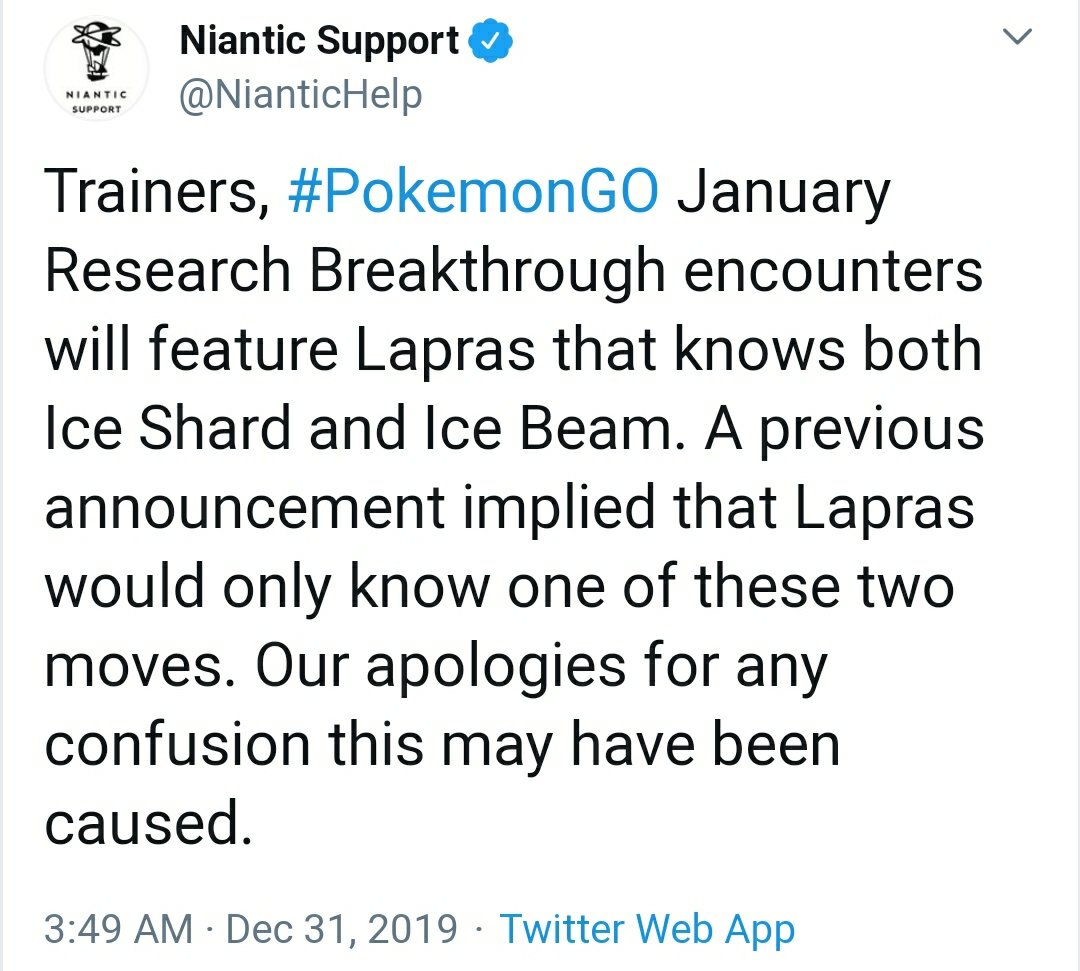 These Water- and Ice-type Pokémon are sure to be contenders for your battle party, so don’t miss this chance to encounter Lapras that know Ice Shard and Ice Beam!

Pokemon Go has been developed by Niantic Games, and it was released in 2016. It is available on Android, iOS and watchOS. For more news, leaks and updates stay tuned with us.