Coming to the topic, Pokemon Go Battle League Season 1 will start on March 13. Trainers who achieved rank 4 or higher will receive a Premium Battle Pass. To celebrate the end of the preseason, from today, Thursday, March 5, 2020, at 1:00 p.m. PST (GMT −8) to Friday, March 13, 2020, at 1:00 p.m. PDT (GMT −7), all three leagues will be available to play in the GO Battle League. You can check the complete details regarding Pokemon Go Battle League Season 1 down below.

The greatest Trainers know to prepare before a tough battle! Leading up to and at the beginning of Season 1, look forward to the following GO Battle League–themed events to help you catch strong Pokémon to use in battle and gain more Stardust to power up your Pokémon. Please note, the event-exclusive Pokémon appearing in raids and in the wild will not occur in Japan, South Korea, and Italy. Event bonuses will still occur in Japan, South Korea, and Italy.

An event to help you prepare for GO Battle League: From Tuesday, March 10, 2020, at 8:00 a.m. to Thursday, March 12, 2020, at 10:00 p.m. local time, strong Pokémon will be appearing in raids, including Skarmory, Swampert, Shieldon, and more! Registeel and Cresselia will be appearing in five-star raids. You’ll also earn twice the usual Stardust from Raid Battles and Trainer Battles during this event. Please note that this bonus will not apply to GO Battle League Trainer Battles.

A GO Battle League Season 1 launch celebration: From Friday, March 13, 2020, at 8:00 a.m. to Monday, March 16, 2020, at 10:00 p.m. local time, more Pokémon thought to be powerful in the GO Battle League will be available in raids, including Altered Forme Giratina in five-star raids. Fighting-type Pokémon will also be appearing more frequently in the wild! Also if you’re lucky, you might find a Shiny Timburr! Your best bet would be battling and catching it in one-star raids! There will also be the following GO Battle League bonuses during the event period. 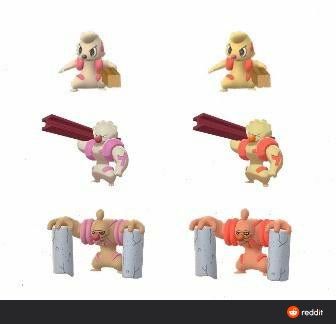 Season 1 will rotate through leagues, just like the preseason did. Season 2 is set to begin in early May, but please note that all these dates are still tentative. Stay tuned—we’ll update you as soon as anything changes.

Uber down (not working) for many : Users are not able to book Uber cab

Uber down (not working) for many : Users are not able to book Uber cab