If you are wondering, why PES 2020 is not working for you, fret not, as you are not alone. PES is currently having an outage at many locations & down for many users. Players are currently unable to find matches.

The issue is widespread & has affected a large number of users. Many of them have taken the route of Twitter & forums to confirm the ongoing problems.

Xbox Support has released an official statement regarding the issue & has confirmed that the game is currently under maintenance. Have a look at the tweet below. 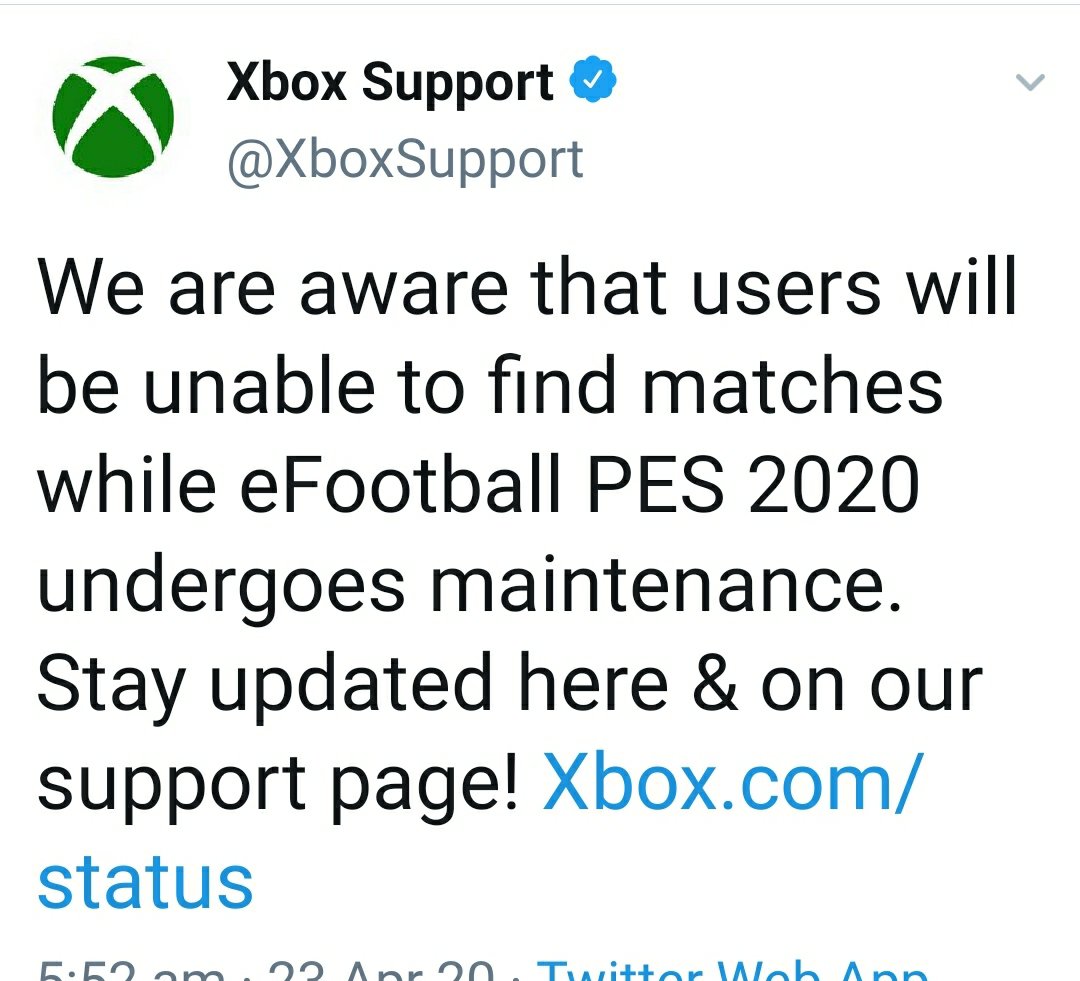