Path of Exile (POE) 3.13 update crashing a lot even after hotfix for players

Path of Exile received a new 3.13 expansion update. The update was released on Jan 15, 2021, with new items, and new changes in skills, etc. However, with new changes came the old crashing problems. The new update is causing crashes for a lot of players. The game is currently not in a playable state but we have some fixes which might help you solve the issue. Here’s everything you need to know.

This new update brought many new changes into the game but also brought the crashing issue back. Several months earlier, many players were facing the same crashes every 5 minutes into the game. Some were even kicked out of the game at the start. However, this was fixed by the devs in a patch back in Sept 2020.

Today's patch includes a fix for the most common crash that people are experiencing. We're really sorry about the hassle.

But things are looking bad for players right now as the crashes are happening again.

The devs have acknowledged the current crashes, and a hotfix was made available. However, players were facing crashes even after that. 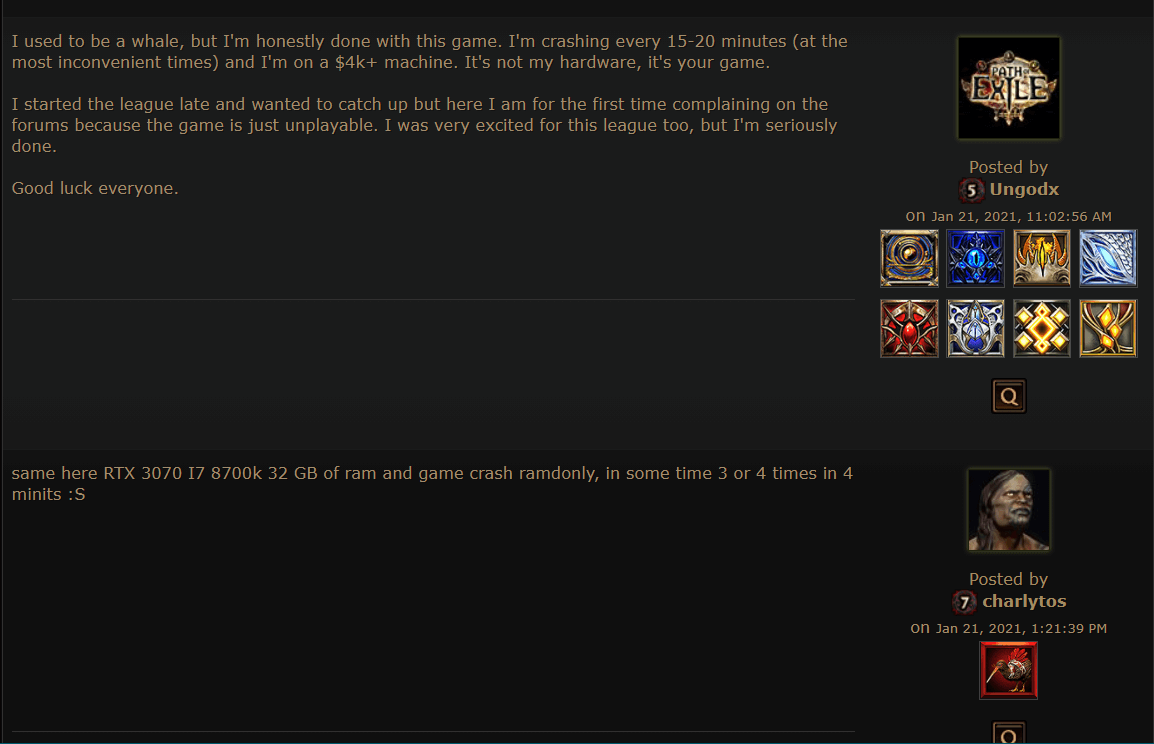 However, on the official Path of Exile forum, the devs mentioned- “We have made some big improvements so far and the problems are almost entirely fixed. We’re still investigating a few cases of users being occasionally disconnected, and are working on improving our capacity for future launches”.

Well after the hotfix, with the crashing problem still not fixed, the devs further stated- “Later this week, we’ll deploy a patch that requires a realm restart and includes various fixes and improvements that can’t be deployed in a hotfix.”. So, don’t worry if you are still experiencing problems as they are still investigating.

By the time they actually fix it, we will provide you with some tricks which might help to minimize the crashes.

There are various methods that might come in handy for you to fix the crashes.

If you are using the steam client of Path of Exile, you can verify the game files to rectify faults. For that, follow the steps below.

After the scan, open your game and check if the crashes happen.