Overwatch, a team-based multiplayer first-person shooter that has been developed and published by Blizzard Entertainment is celebrating Christmas & holidays by offering free gifts to players.

This information has been shared on Overwatch official Twitter handle which reads the following: “We’d like to thank all the Overwatch heroes around the world for pushing the payload, defending the point, and helping us celebrate the holidays. Log in before the Winter Wonderland event ends on January 2 to claim your gift: five Winter Loot Boxes.” Also, have a look at the official statement down below. 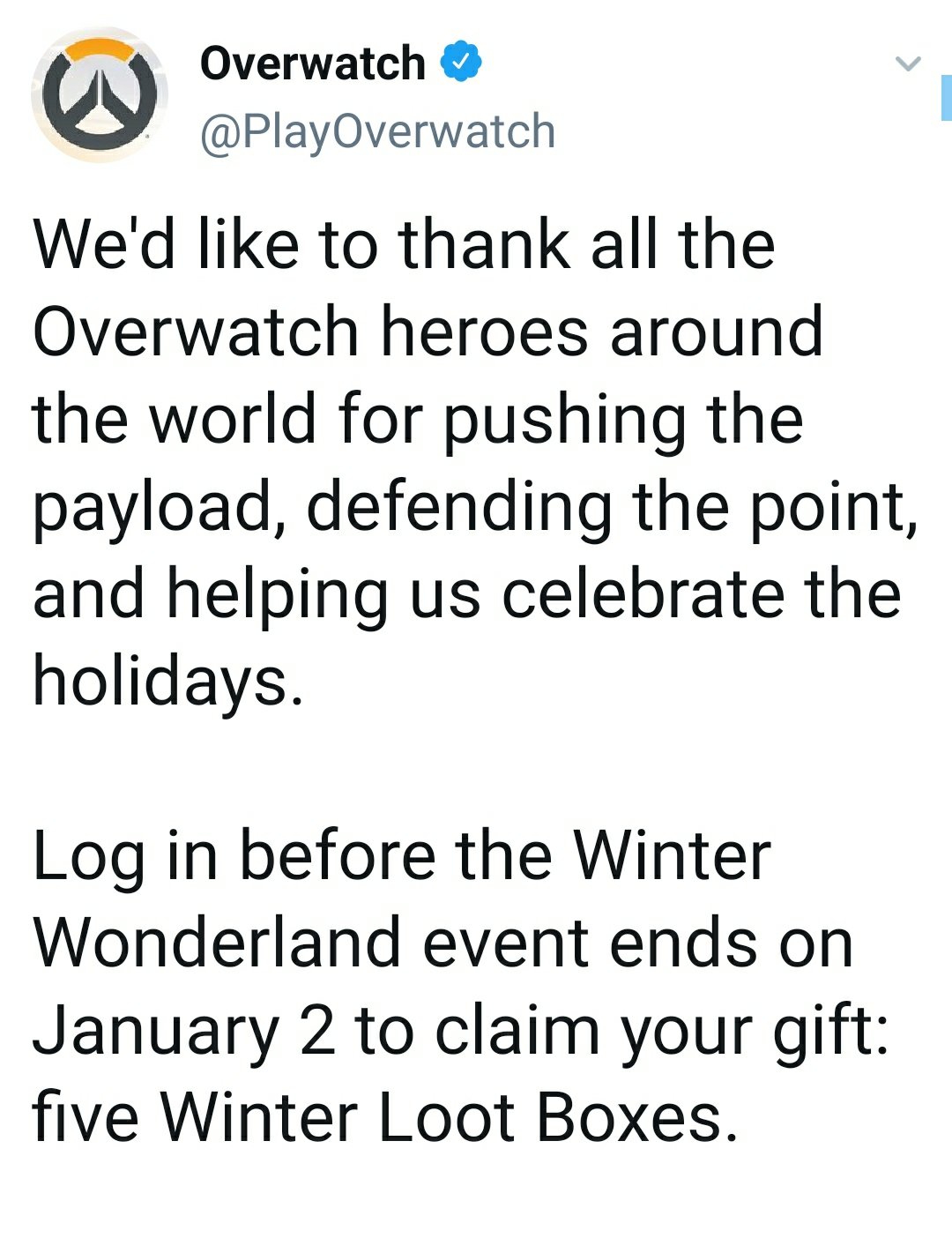 For a quick refresher, Overwatch game is currently available on Windows, Xbox One, PS4 & Nintendo Switch. The game was released on May 24, 2016. The game features more than 30 playable characters which can be divided into : Tank, Damage, Support.

The latest hero which has been added to the game is Sigma, who is an eccentric astrophysicist and volatile tank who gained the power to control gravity in an orbital experiment gone wrong. Manipulated by Talon and deployed as a living weapon, Sigma’s presence on the battlefield cannot be ignored.