In the past few years, China-based smartphone manufacturer Oppo has made it to the top lists in the smartphone industry. Oppo has proved itself as a tough competitor to its fellow rivals with its innovative devices. Oppo devices are prominently known to offer an extremely amazing value for money and feature specs that are at par with other devices of the same price point. They offer a great number of amazing smartphone lineups. The Oppo Reno Series is one such flagship lineup offered by Oppo. The Oppo Reno 2Z is the second iteration to the flagship series. The device was launched back in September 2019 and was a total hit.

The Reno 2Z features 6.53 inches 1080p AMOLED panel. The device houses the pretty powerful Mediatek MT6779 Helio P90 chipset which makes it a performance beast and comes in various variants with up to 8 GB of RAM and up to 256 GB of storage. The device currently runs on Android 9 Pie. 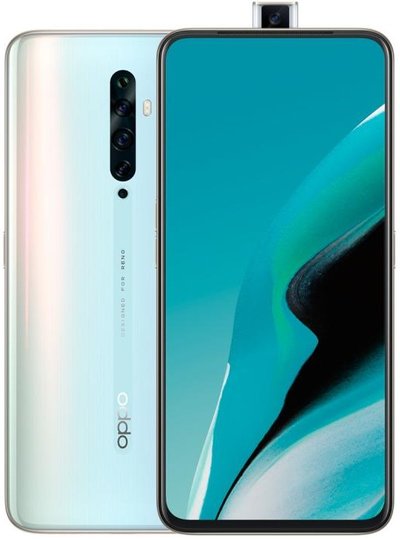 Talking about the camera, the device has got a quad-camera setup at the back with a 48 MP sensor being the primary camera, 8 MP sensor for taking some cool ultrawide shots and two sensors of 2 MP each with one of the sensors being for depth sensing. On the front, it has got a 16 MP pop-up camera for capturing selfies.

The device is fueled by a huge 4000 mAh battery with support for 20W VOOC 3.0 Flash Charge. The smartphone comes with all the major sensors and sports an In-Display fingerprint scanner. The device also features a Type-C 1.0 reversible connector.

Brace yourselves up if you own an Oppo Reno 2Z because today we bring with us the most anticipated news for all you guys out there. Well, users have been recently speculating a lot about the Android 10 update for their devices. The Reno 2Z had been missing out on the latest Android 10 update. Reno 2Z users have been asking the possible dates for the update. So, seems like the wait is finally over people! Here is the current status:

Oppo has officially announced in a recent twitter post that the trial version of the Android 10 Update with ColorOS 7 for the Reno 2Z will be rolled out in the month of March. Cheers Folks! 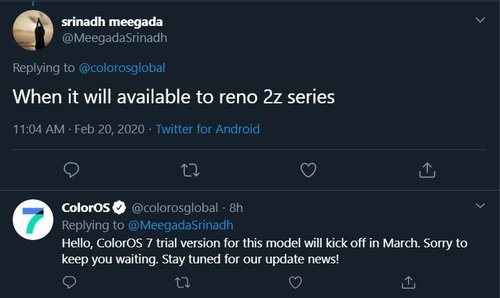 Soon after the trial version, we also expect the Reno 2Z to also receive the stable Android 10 Update.

Stay tuned for more updates on further developments on Oppo Reno 2Z Android 10 Update. Share this article to all those who have been waiting for the update.