Oppo has impressed everyone by providing a lot of budget devices and powerful mid-rangers. These devices provide a huge amount of value for money and impressive performance as well. Hence, now Oppo is again planning to hit the markets with some budget devices. The Oppo A series is known to be one of the most affordable series of devices with good specs and performance. For the last couple of weeks, there are several leaks coming related to Oppo A15 and Oppo A15s.

Just a few days ago, OPPO CPH2185 was listed on FCC certification. This phone is now confirmed to be Oppo A15. It is likely to launch in a couple of other Asian markets also, as it has been approved by certification bodies of Thailand and Indonesia too.

The Federal Communications Commission (FCC) certificate revealed a few details of the smartphone such as a 4,230mAh battery, 10W charging support, USB-C, and a 3.5mm audio jack. We also got to see the back panel of the phone on the FCC documents that revealed that it has a square-shaped camera module with a triple camera setup and an LED flash inside it. It also revealed that the phone is flanked with a rear-facing fingerprint scanner.

After this leak, Amazon India released a teaser of the OPPO A15 phone in India. The rear panel of the Oppo A15 resembled the design we got from FCC documents. Hence, it is speculated that this device codenamed as Oppo CPH2185 could be arriving in the Indian market as the OPPO A15.

Now, another rumor is coming in the market as a tweet from a leakster Abhishek Yadav revealed the existence of another device called the OPPO A15s. These devices have approved by EEC and IMDA. The images shared shows that the OPPO A15s that has a CPH2179 model number. As of now, there is no information on the specs of the OPPO A15s smartphone. 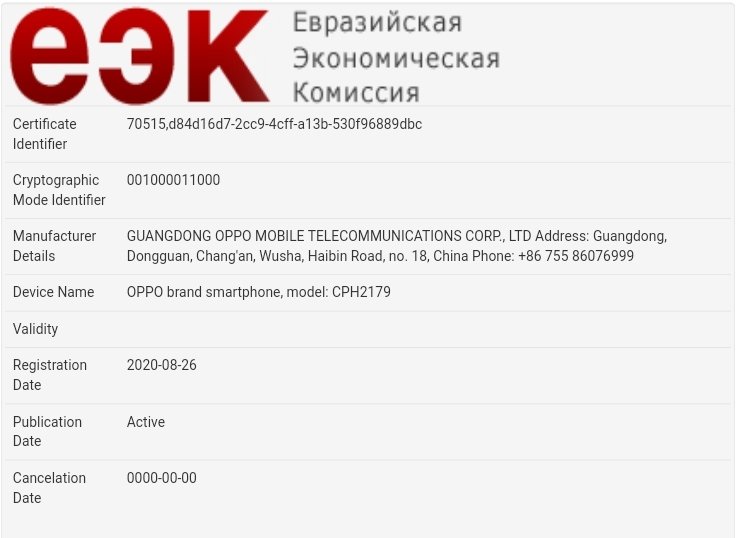 We are constantly tracking the latest upcoming news related to Oppo A15 & will update you with more information whenever it arrives, so stay tuned! Follow our website to get technology updates as soon as we publish them.