Next week, OnePlus is to host a small event in its home country -China. The Chinese OEM at the event will talk about the new display technology. It is expected that OnePlus will use a refresh rate of 120 Hz in the upcoming OnePlus 8 Pro model and 90 Hz for the “normal” OnePlus 8.

Geekbench scores of OnePlus 8 Pro are leaked on the Chinese social media platform Weibo. The code name for the device is GALILEI IN2023, however, it hasn’t scored extraordinary values ​​in Geekbench. Considering, the OnePlus 8 Pro will be equipped with the high-end Qualcomm Snapdragon 865 processor coupled with 12 GB RAM. 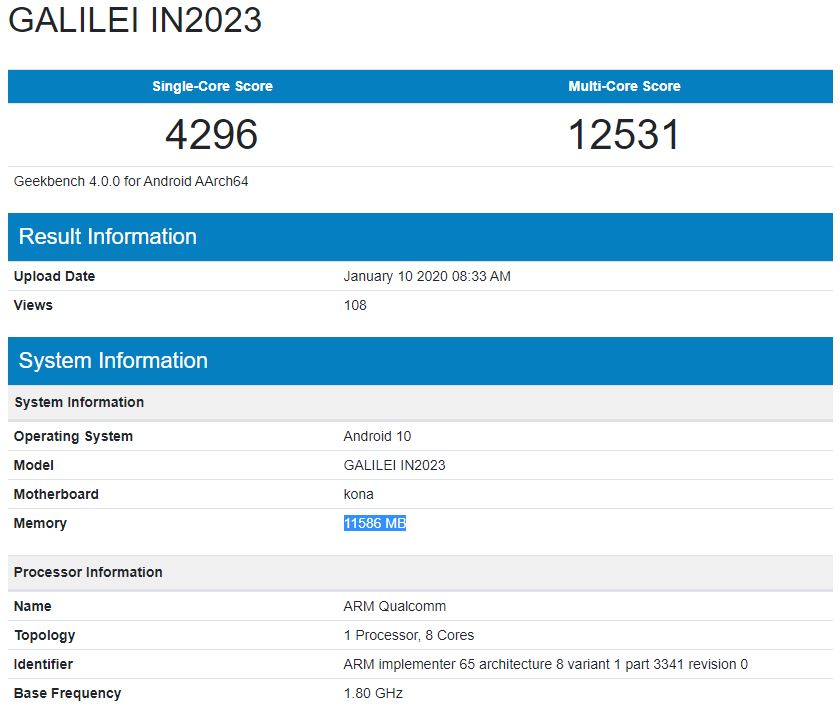 If OnePlus adheres to the previous release cycle, the OnePlus 8 and OnePlus 8 Pro will not be launched until May. This year OnePlus could make a small adjustment to the release cycle. The well-known render images for both Android smartphones and now the Geekbench entry speak for this. In addition, OnePlus will probably reveal next month which display will be installed in the next flagship.

Why talk about the display now when the device is only being introduced in about five months? In my opinion, it makes little sense unless you want to postpone the appointment. Maybe OnePlus adapts to the competition Samsung, Huawei.? These manufacturers show their “first” flagship smartphones in February and March, respectively.